Home|Interviews|Beatles author takes a ticket to Ryde
Previous Next 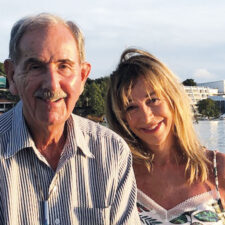 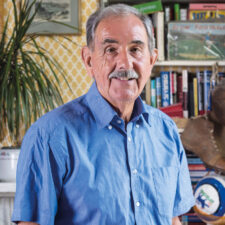 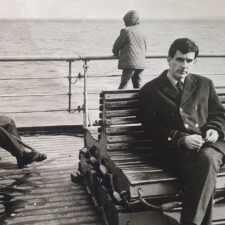 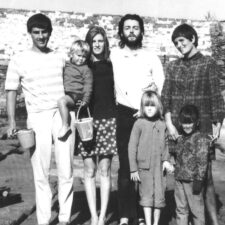 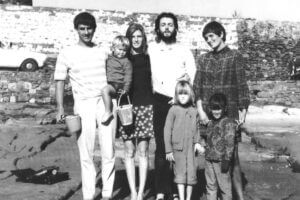 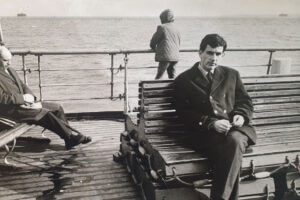 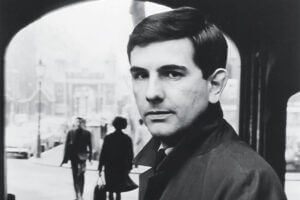 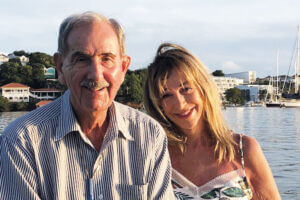 The Isle of Wight has always been a magnet for writers – from Tennyson and Dickens to John Keats and J.B Priestley.  One of the latest to become captivated by the place is the prolific author and veteran journalist Hunter Davies OBE, whose  books most famously include the only authorised biography of The Beatles.

He and his partner bought a house in Ryde a year ago, and as well as enjoying discovering the Island, he has also been putting his journalistic nose to work, interviewing locals for an upcoming book about Ryde, due to be published next year.

Here, we turn the tables and ask the questions, to find out a bit more about him.

Tell us about your early life

I was born in Scotland, hence my name Hunter.  It was a Scottish working class family on both sides. This was in 1836 – sorry, 1936 – which means I am 85.  Oh God, how did that happen. In fact I enjoy being old. I have been young.The young have not been old, so I am the winner.

During the war, my dad was working at various RAF stations so we moved around. We settled in England, in Carlisle, when I was 11. I missed sitting the 11-plus exam as my parents did not know about such things, and was sent to a Secondary Technical school.  Then at 16, oh joy, I  got transferred to Carlisle Grammar School, amongst all the brain boxes.

I don’t remember applying to any university – the school did all that – but I woke up at 18 and found myself at University College, Durham.  All free – I even got train fares home. Those were the days, eh?

I was there for four years, from 1954-58, and absolutely loved it. I was elected Senior Man of the College and was editor of the student newspaper.  I stayed on for the fourth year to do a Dip Ed, thinking I  might be a teacher and please my mother.  However, I spent all my spare time on the newspaper and decided I wanted to be a journalist.

Also my girlfriend Margaret from Carlisle – we met when we were both at school – had got into Oxford, so I wanted to stay a student as long as possible.

How did you get into journalism?

I applied to get on a graduate training scheme for journalists, and my first job was in 1958 on the Manchester Evening Chronicle on £14 a week, so exotic… At that point, I had not been further south than Penrith.

In 1960 I got married and joined the Sunday Times in London. What a year eh.

I was the boy on the Atticus column, then in charge of it. Later  I was the Women’s Editor in charge of people like Jilly Cooper.  Later still, I was editor of the Colour Magazine, but in 1968, when my books got going, I gave up full-time staff journalism.

But I still do a column for the Sunday Times as their longest-serving hack – 61 years now.

I also do a football column in the New Statesman, a column about love in old age for Saga magazine and also a column in Cumbria Life.

Who were your most memorable interviewees?

Over the years I’ve interviewed lots of famous people including Noel Coward, Somerset Maugham, most of our Prime Ministers, Prince Philip – and ghosted autobiographies of Gazza, Wayne Rooney and John Prescott.

And of course, infamously, The Beatles?

Yes, as the group’s only authorized biographer, I spent 18 months with them when they were the peak of their popularity, and remained friends with them after they went their separate ways. I’d raised the idea of a biography with Paul McCartney after meeting him to discuss the theme song for the 1967 film, Here We Go Round The Mulberry Bush, which was based on my novel of that name. McCartney liked the idea of the Beatles book because so much inaccurate information had been published about the group.

But you have penned dozens of other books?

Yes –  I’ve had 102 published so far.  The Beatles biog is the one everyone asks about, but I also did the Glory Game which was about a year with Spurs FC, and various books about the topography and history of the Lake District, including a biography of the fell-walker Alfred Wainwright. I also told my own story, in the autobiography, The Beatles, Football and Me, published in 2007.

And now you’re writing about the Isle of Wight… what drew you here?

I first visited the Island in 1966, to interview the Governor of Parkhurst. At that time, they had some star baddies locked up – the Great Train Robbers, the Kray Brothers. I still can’t believe the Governor agreed to an interview. I came on the ferry and still have a photo of me sitting on the wooden deck on wooden seats.

Since that visit, I had never been back – until last August.

So what happened then?

I had been married for 55 years (to the novelist and biographer Margaret Forster, best-known for the iconic 1965 novel Georgy Girl) until she died in 2016.

For last three years, I have had a lady friend and we decided to have a holiday home on the Isle of Wight.  You could say it’s because of Paul McCartney.  You know those lines in the song When I’m 64?

“Every summer, we can rent a cottage in the Isle of Wight…. If it’s not too dear….”

Well, I have that in Paul McCartney’s original handwriting, which I now use in our house postcards.

Why did you plump for Ryde?

We looked  first at a house in Seaview, an 18th century place that seemed fab, but when we got there it was a long way to the sea and it was surrounded by a new estate.

Then, on the day we were going home, we saw a house in Ryde for sale, and just managed to get in for a quick look on the way to the ferry.  Grade 2 Listed, with four bedrooms, it had been holiday lets for a long time.

We had not exactly planned on being in a street in a town – but we are only three minutes from a three miles long sandy beach and all on the flat. I am 85. Did I mention that?

We got into a bidding war- but we got it and moved in last September.

We love it madly, passionately – and the whole Island and all the new friends we have made.

But you’ve also found time for another book?

Yes, I’m just finishing a book about our first year on the Island.It is partly about buying a house here, living with my girlfriend for the first time, and also exploring and getting to know the Island.

None of my usual publishers wanted a book just on the Isle of Wight.They all said IoW books don’t sell on the mainland.

They wanted it personal, like a Year in Provence.  It is going to be called  “Love in Old Age – My Year in the Wight House“  and is due to be published this time next year.

I have interviewed lots of famous residents, such as Michael Grade, Alan Titchmarsh, and Bob Seely MP, and visited the famous houses like Osborne and Dimbola Lodge, but I’ve also interviewed beach cafe owners, museums, and a man who lives on the beach in a camper van. I’ve also done the Garlic Farm and the Mermaid Gin distillery.

It’s been one of the most brilliant, exciting, stimulating years in my whole long life. I  did mention that I am 85…?

So as a newcomer, how would you describe Ryde?

People said Ryde was a bit run down, not posh or full of well-off people like Seaview, Bembridge,Yarmouth and Cowes – which is partly true I suppose.  But the architecture in Ryde is wonderful, the people so nice. To us, it’s a real town with real people going about their business.

I love the Pier and walking along the front to the beach, to Dell Cafe at Puckpool, and on to Seaview. I do it every day and it never bores me – there’s so much to see. I also love walking the other way, to Quarr Abbey.

We love it all, and coming here has been the best decision I have ever made.

We are currently walking round the Island on the coastal paths. Every time we walk a new beach, which looks empty, we always find a new beach cafe, often just a shack, with old wooden tables and chairs – but but so artistic.

Today, outside Ventnor, we came across a beach caff called Seapot, which was lovely. There are just so many attractive little towns and places hidden away, which people on the Mainland would probably never even know about.