Ann Pink : Ann survives to tell of her three escapes

Home|Interviews|Ann Pink : Ann survives to tell of her three escapes
Previous Next

Ann Pink : Ann survives to tell of her three escapes 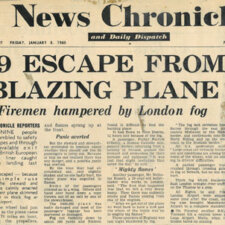 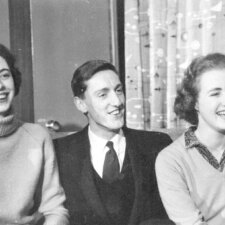 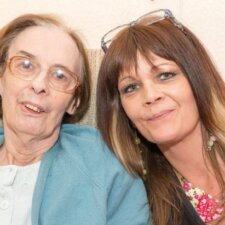 Ann Pink is a remarkable and indeed incredibly lucky lady. Born on the Island, and now living in a Ryde nursing home, Ann spent 12 years of her life as an air stewardess.

Perhaps nothing too remarkable in that? But known at the time as Elizabeth Ann Morgan, the charming lady who is now in her mid-70s, survived no fewer than three serious aircraft emergencies, including one crash landing, while working for British European Airways.

In the worst of the three, the plane she was working in crashed on touchdown at Heathrow Airport. She was hailed a ‘heroine’ after helping 54 passengers escape from the blazing cabin. The accident and her subsequent heroics, were on the front pages of all the national newspapers in Britain, and screened on television. But to this day Ann remains modest about the vital role she played.

The crash happened on the evening of January 7, 1960, when a BEA flight from Dublin arrived at Heathrow in dense fog, only for the nose wheel of the Viscount airliner to collapse on landing, with the propellers buckling in a shower of sparks.  Soon a fire started, believed to have been partly ignited when passengers’ duty-free Irish whiskey spilled from the overhead lockers.

As flames threatened to engulf the plane, Ann, along with fellow cabin staff Roy MacDonald and Mairin Doyle, somehow evacuate the 54 passengers in less than a minute – and in those days there was just one canvas escape chute. Some climbed on the wing of the aircraft to escape, but the majority slid down a rope thrown from the cabin to the ground. The fog was so thick many of the survivors were lost for a while trying to find their way to the terminal. 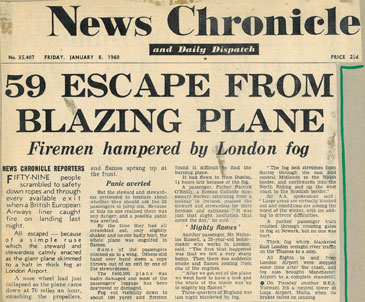 Within minutes the plane, valued at the time at £400,000, was a fire ball, and all the passengers’ baggage was destroyed or badly damaged. Ann managed to salvage her passport, and still has it, badly charred by the fire that took hold so soon after the evacuation.

Ann recalls: “We had flown in from Dublin, and I remember vividly that as we crash-landed in the fog we had to wait for the fire crews to find us. Some of the air crew managed to get off the plane, but I stayed on to help all the passengers get off. Of course the training I had received helped me, but I just worked through instinct. I did not have time to be frightened, but I do remember thinking it seemed to be taking an awfully long time. I think the only injuries were rope burns. I suppose it was a miracle that everyone got off.”

Ann’s parents, who lived in East Hill Road, Ryde, heard of the crash on BBC News the following morning. They did not know for sure she was on the plane until they received a telegram from her a few hours later saying ‘Am home safe and well, letter following’.

The horror in the fog did not put Ann off her job. She said: “I was never worried about flying again. It is like falling off a horse, you have to get back on. I was back in the air inside three days, and the flight was from Heathrow to Dublin – the opposite direction to the route when we crashed. But it didn’t worry me at all.”

Ann was involved in another drama when a Vanguard aircraft, leaving Edinburgh for Heathrow around midnight suddenly suffered failure in three of its four engines on approach. She recalls: “We managed to land on one engine, and all got out safely. It was a domestic flight with about 80 passengers. That plane was fitted with air stairs, so everyone escaped injury.”

Her third fortunate escape took place on yet another flight from Dublin to Heathrow when engine failure forced an emergency landing at Heathrow. She was one of three cabin crew who carried out a successful evacuation of the packed aircraft, with no one suffering any injuries.

Ann was born in Wootton and attended Newport Grammar School. She then went to a catering college in Portsmouth, but decided to become an air stewardess when she saw an advert in the London Evening Standard. She said: “I applied and got the job. I had never flown before, but I just wanted a job I could be proud of. I saw a lot of the world, some wonderful places. But I had only been a stewardess for nine months when the first accident happened.” 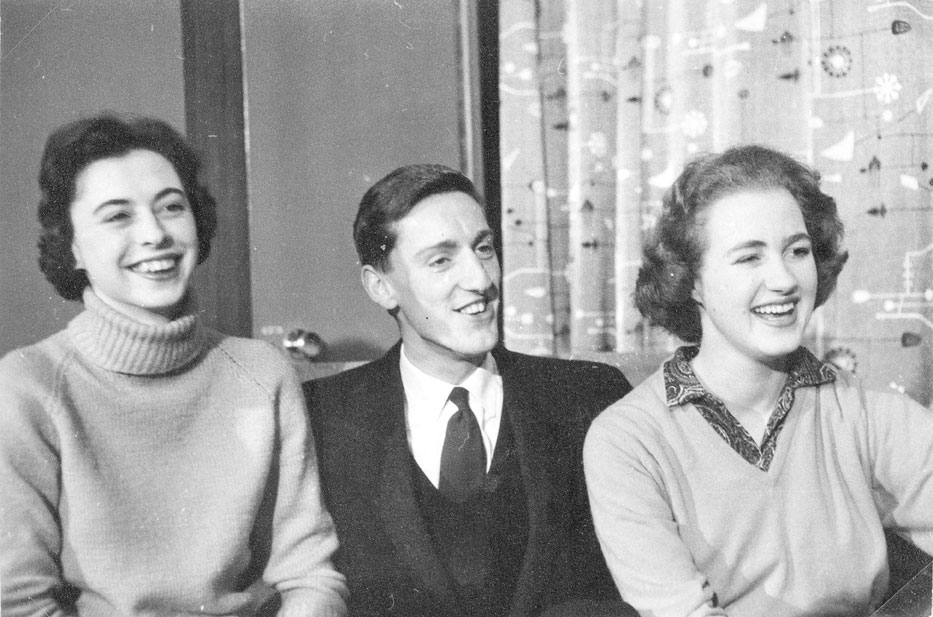 Later Ann spent two years working at Heathrow for Pan American Airlines. She said: “One of my jobs was to search people to make sure they were not trying to take any bombs or explosives on board. We had one X-ray machine, but most of the checks were done by the staff.”

Despite all the traumas she suffered, Ann has certainly not lost her sense of humour. She said: “I left work to get married, and that was a real disaster! He was an Irishman, and I divorced him after three years when I found out he was in the IRA.”

Later Ann went to Shoreditch College as a catering controller, and also did some teaching on the Island at Parkhurst Primary School, before she retired. Now she reflects: “My job as an air stewardess was different; hard work but interesting. I suppose it was quite a glamorous job, but it didn’t pay well!

“I wouldn’t want to be a stewardess now – the planes have got so much bigger. But in my days the training was just as strict. You had to know where everything was on the plane – the escape routes, fire exits and appliances. It was only a five-week course before I became a stewardess so I had to learn everything in a short time. There was a lot more to it than just serving tea and coffee to passengers!”

Ann kept a detailed scrapbook of her career as an air stewardess with BEA, which includes commendations and passenger praise. It begins with ‘Ann’s Log’, written by her, and reads: “Let me say this scrapbook has been compiled to refresh my memory of those more precarious moments experienced in  my time as an air stewardess with BEA. Here’s hoping we start on an amusing note and end in a similar vein, for as the saying goes ‘If you can’t take a joke you shouldn’t have joined’!”

Ann can take a joke; was glad she joined, and has happy memories, despite her three brushes with aircraft disaster – and a disastrous marriage!