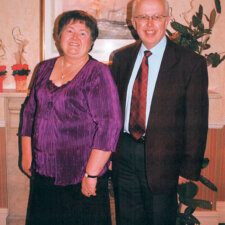 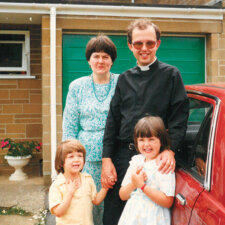 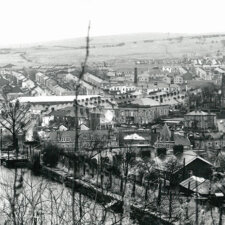 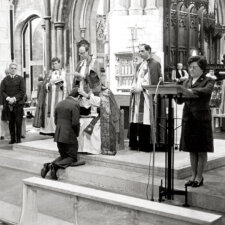 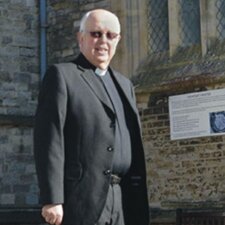 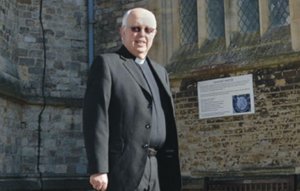 We meet the vicar of Newport’s historic Minster Church to hear what brought him to the Island – and his vision for the future.

You could say that the Rev Kevin Arkell is a man who thrives on a challenge. Over a period of more than 35 years, his ministry has taken him to deprived areas of the North, hard-hit mining communities in the Midlands and among people with addiction problems on the south coast.

So after all that, it might appear that his current position as vicar of Newport is something of an easier ride – but appearances can be deceptive.  As he says, this is a role that has distinct challenges all of its own.

That might explain why the Isle of Wight job was one that had proved hard to fill.  In fact the vacancy had been advertised without success for some time before the Rev. Arkell decided to apply. 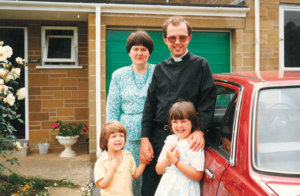 “They couldn’t fill it because it’s rather a difficult job that calls for quite a wide and diverse range of skills,” he explains.

These include not just running the regular church worship services, but also being able to come up with creative ideas for the huge range of Island events and services that take place at the Minster Church – as well as being able to relate to local government, in the role of Chaplain to the County Council.

No less importantly, the ideal candidate also had to be someone who was a good fund-raiser, given the huge and costly renovations currently being undertaken at the Grade 1 Listed Newport Minster.

And added to all that, the incumbent also needed to be able to work with the parish of St John’s, which is evangelical in character.

“It was a tall order for any minister and whilst my background had given me a lot of those skills, I am certainly not the Archangel Gabriel!” he jokes.

“My way has always been to work with people, so in applying for the job, I suggested that by working together with local communities and church wardens, we could gently nudge the agenda forward and do what needs to be done”.

And so it was that the Hampshire-born minister took up the demanding role of Vicar of Newport, in January 2011.

A former pupil of Havant Grammar School, he had spent his early years in Fareham, Gosport and Havant, and was actually brought up as a Roman Catholic by his RC church-going mum.

Initially he had no real sense of what he wanted to do with his life – apart from “make a lot of money – though I wasn’t sure how!”

He drifted into teacher training college but lasted there only six weeks.  That was followed by a stint with NatWest bank followed by an admin job with IBM at Hilsea – but still he wasn’t feeling much passion for his work. 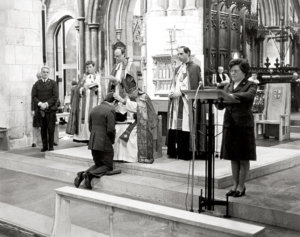 What did seem to give him a buzz was working part-time in a church youth club.  On the strength of this, he decided to join the Church Army – a Church of England missionary organisation that works in communities offering people practical help as well as the spiritual kind.

His interest in Christianity had been sparked not by his RC upbringing, but rather by getting involved in the lively Anglican church of St Albans in West Leigh, where he says:  “It struck me just how much people there enjoyed themselves.  Faith became real for me simply because the people there were so good at communicating it”.

Having been commissioned to the Church Army in 1977, at the relatively young age of 24, he was despatched the following year to his first posting – in Blackburn, right in the heart of industrial Lancashire, where part of his job was to work with the growing Muslim community.

“This was 1978, when many Muslim families were still recent arrivals in Blackburn, and were facing all the problems of integrating and settling into a new and unfamiliar way of life”.

Among other things, the young Church Army officer found himself explaining to families the basics of how to use dustbins and non-squatting toilets.

“I was basically going in and doing the kind of work that the local authority couldn’t get involved with – and because the Muslim families were people of faith, and they saw me as similar, a man of the Church, they felt I could be trusted”. 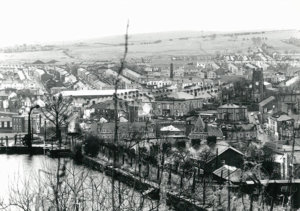 During his time in the North of England, the Rev Arkell studied social work at Preston Polytechnic.  After qualifying, he decided that being a social worker for a local authority was not for him – but the training was to come in very useful in his later career path.

Next was a Church Army posting to another challenging area – Ilkeston in the East Midlands, a former mining community with high unemployment and all the associated social problems that brings.

There were plenty of disillusioned young people, many of them angry and without hope of work – but this meant that the youth club was a lifeline, and attracted 150 youngsters at a time.

“Yes it was a tough area – but if God is real, then He has to be real in the most challenging areas of society” says Rev Arkell.

He also got involved in providing libraries and low-cost meals – and it was clearly appreciated locally because he reckons that his was the only house not to be burgled.

“We worked with people to help them find self-respect again, after they had been led to believe that they didn’t count as people.

“We had a situation where the Co-op in Ilkeston took on 60 people – which was great news – but then six months later, laid off 59 of them.

“When people feel rejected, downtrodden and without purpose, I believe it’s the job of the Church to bring encouragement and hope.”

Whilst in Ilkeston, he took the decision to train for the ordained ministry, and left there for a two-year period at theological college in Salisbury.

After ordination, he and the family – wife Hilda and daughters Jennifer and Catherine – were on the move again, when he was appointed curate of a church in Somerset.  Again it was a case of having to make new friends and adapt to a different kind of community.

“The older you get, the harder it becomes to keep making new friends.  And as a minister you do learn that there are times when people put themselves forward to be your friend, and actually they’re not – they’re just trying to influence the vicar.

“At theological college you may be trained to take a service, but not about handling and understanding people. That just comes with time and practice.”

For his first job as a vicar it was back north to the parish of Great Harwood near Blackburn – so at least there, he knew the territory.

It was in Darwen, near Blackburn, that he recounts the experience of having had a gun pointed at him  – and on another occasion, a knife drawn:  “It was certainly living a bit on the edge!” he says.  It was during this time that, for the protection of his family, he thought it a good idea to have an Alsatian.  The dog might have been a soft family pet indoors but it remained very much a guard dog:  “People certainly knew not to mess with the rector’s dog!”

At his next parish in Bournemouth, he ran a fellowship for people recovering from addictions: his churchwarden there was a recovering alcoholic, and one of the church servers was a former drug addict.

Street girls would often come into the church and light a candle if ever one of the local prostitutes died.

“You come across some very sad and desperate people, some of whom have perhaps taken wrong pathways – but I have yet to find anybody who is totally beyond hope.  Wherever I go, I find people who want to change their lives, and with help and encouragement, they can.” 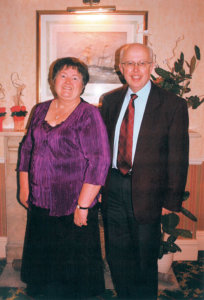 So how is he managing to use this colourful and eventful background here on the Isle of Wight?

“Every community faces its challenges, and here on the Island, we have a lack of work opportunities for young people, our more able ones tend to go off to University and not come back, and there’s this difficulty in getting doctors, social workers and teachers to come and work here.

“While it’s a beautiful island and the holidaymakers love it, it can be a very tough place to bring up a family with the challenges of finding jobs and schools.

“We have councillors who work hard for their local wards, but we are coming down to a series of difficult choices now in deciding on financial cuts and what we can do without. People on the council get criticised all the time, but they are in a very difficult position”.

“For me, it’s people who count, and we have to put people first, making sure that the most vulnerable in our society are cared for properly.”

In the context of the Minster Church, that means renewing it on the inside as well as the beautiful exterior – and part of the current project involves just that.

“We are in the process of re-ordering the inside for community use and non-religious as well as religious activities” he explains.

As he sets about raising the next half million pounds of the ongoing appeal, the Rev Arkell is pleased that the Minster is now open every day and includes areas where people can come to chat, to relax in its coffee shop, or to pray.  It’s becoming a hub for community events of all kinds, and this month (October) it will host a Fair Trade Forum.

He has seen footfall through the church double in the past year – and donations have increased dramatically.

“People have been, and are, very generous, and the Minster can now balance it books for the first time in many years.”

“My goal here is to make the Minster the heart of the Island’s life – and raise enough income to deliver what people expect of us.

“I’d love to have a children’s worker here, and a worker for the frail and elderly.  In fact we are already training three members of the congregation as pastoral workers to help in that.”

At 62, the Rev Arkell really is a man on a mission: “I have no desire to retire for some time yet,” he says, “but I guess it will happen some time, so my goal is to complete the Minster building inside and out before I retire”.