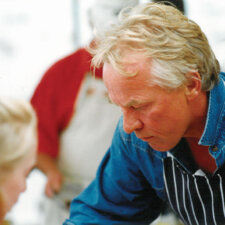 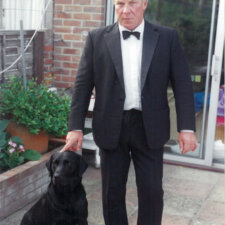 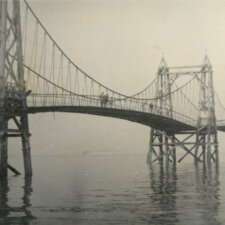 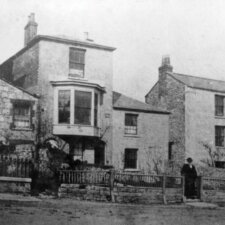 Known as an upmarket destination and a retreat for second homers, sought-after Seaview would never actually have existed had it not been for one larger-than-life family – the Caws

For over 275 years, the colourful Caws have been known as sea pilots and strongmen, they’ve owned and run the Seaview hotel, the post office and the shoe shop.

Now there’s just one Caws left in Seaview village – William Gerald, otherwise known as Will – and he’s the go-to storyteller and historian, a fund of family tales and local legends. Jackie McCarrick caught up with him.

He happily admits to never having been academic – in fact he couldn’t wait to leave  Netherston School at 15 – but builder Will Caws has made himself something of an expert when it comes to local history.

Names and dates roll effortlessly off his tongue as he talks about his ancestors, the 18th century founders of Seaview village, and his knowledge brings visitors and geneologists from all over the world wanting to research Caws family links.

“It’s always easier to find things out when your family has lived in the same place for a long time”, he says. 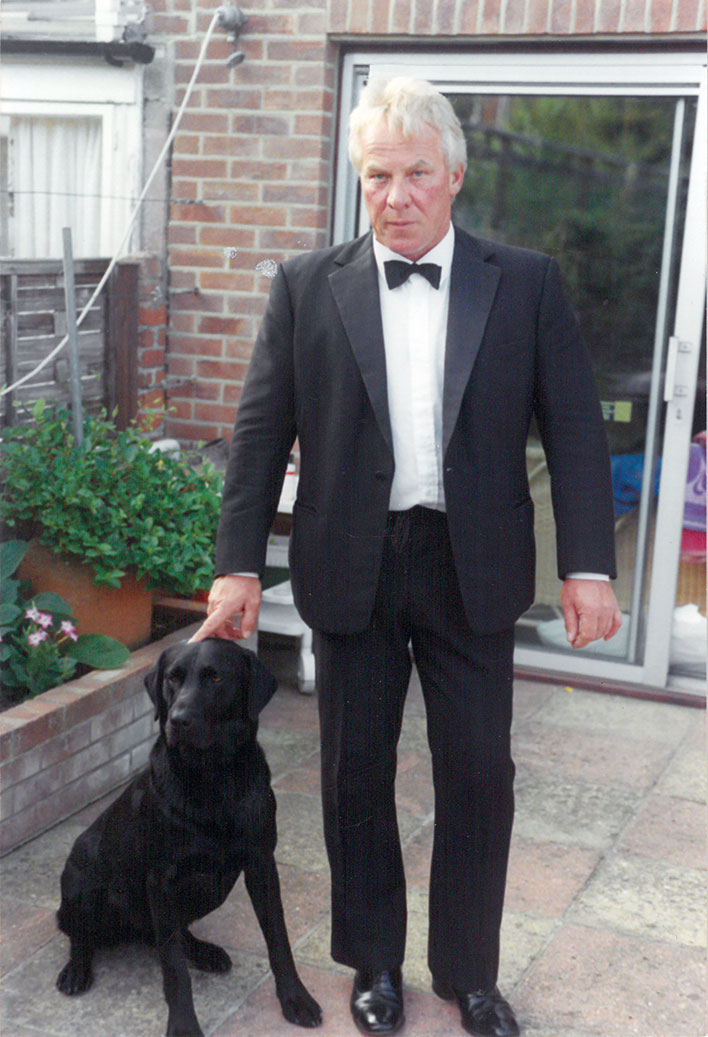 Willy’s historical researches have benefited from the fact that his great-grandparents were avid diarists, meticulously keeping notes of the most mundane of events and incidents – from the weather to their food or somebody taking a tumble on the ice – that prove fascinating to the modern reader.

“My dad had no interest at all but I kept all the papers and love reading about it all” he says.

His interest in local history was sparked very early, at the age of five or six, by a piece of family legend that said the great Admiral Lord Nelson used to row to the Seaview Hotel for a beer.

“It probably wasn’t true” he laughs, “but it somehow sparked my interest in all this”.

Now a member of the Nelson Society, Will recalls attending a supper on HMS Victory a few years ago, and poring over the ship’s log looking for reference to a member of the Caws clan who is mentioned in the family diaries as having received a prize whilst serving on the great ship.

He was baffled not to find the Caws name – but then realised it was probably an in-law, probably one Henry Matthews who was married to Sophie Caws.

Regularly asked to give talks to local groups, Will has also been asked to take people around Seaview village, to point out notable buildings and detailing their history.

The Seaview connection – and the fact that his ancestor Anthony Caws essentially founded the village – is what fascinates people the most, particular in an age when families are more fragmented and rarely stay in one area even for one generation. 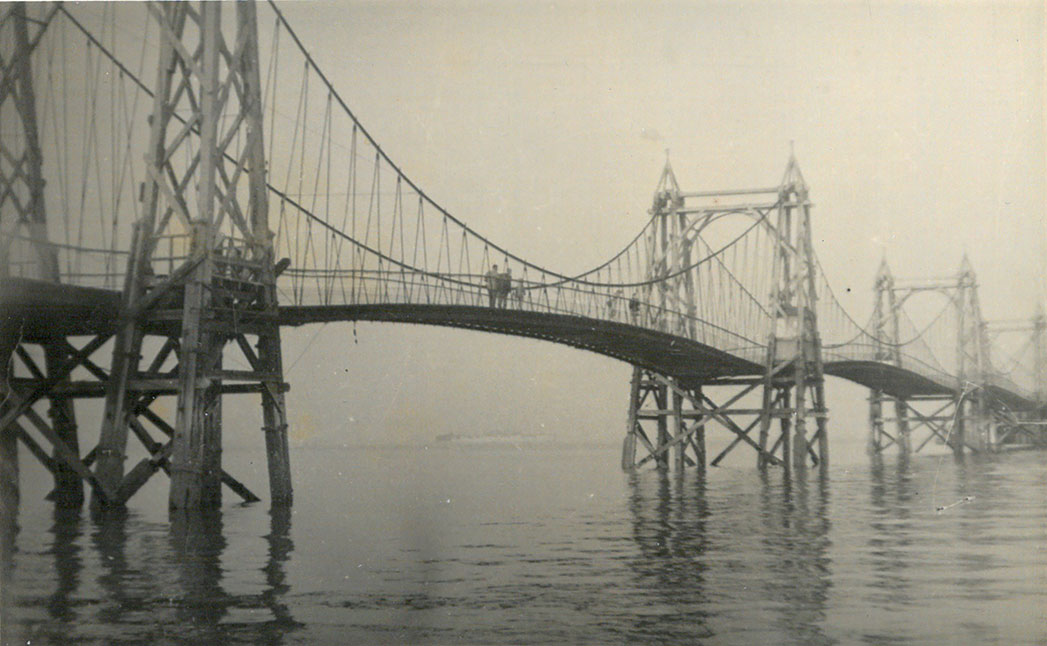 The undisputed “grand daddy” of the Caws clan was Old John, who came  as bailiff to the St Helens Priory in 1740, from Kingston in Shorwell.

John’s main claim to fame was his extraordinary strength.  Apparently double-jointed, he could lift extraordinary weights and it was said that if a wheel came off the back of a hay wagon, he could lift it single-handedly. He also had the ability to lift a barrel of ale and drink from it!

Naturally, such claims attracted pugnacious challengers, including a ‘stout’ prize fighter from Portsmouth, who crossed the Solent to take him on, ridiculing him for his size and appearance.

However, it turned out to be a short-lived contest, as mighty little John shook hands with the champion so hard that the blood dripped from his fingers – and then promptly threw him onto a blackthorn hedge.

John was also known for his large family of 12 children.  As many of them grew into adults, the local vicar decided that the family was ‘too noisy’ for its increasingly overcrowded place at Fairy Hill, so in exchange for their property, they were given the Old Fort field on which to build a house for every child.

Will jokes:  “Not much has changed there – we’re still a noisy lot.  Or should I say, we are not exactly shy!”

It’s not known what became of all of old John’s children, but one son was famously poisoned by mistakenly eating hemlock, whilst William built the large house that became the Seaview Hotel.

It was John’s grandson Anthony who went on to become the father of the Caws family that settled in Seaview, and became sea pilots.

They were quite famous sea pilots too, says Will, who treasures a model of one of his ancestor’s boats, the Neptune.

“I have a great admiration for what they did, bringing all those boats through at a time when there were no lights in the Solent – it must have been quite hairy”.

Will also has a soft spot for another ancestor, Frank Caws (brother of his Great Grandfather). Frank was a noted architect who built the old Seaview Pier, which lasted for 100 years, and then moved to Sunderland where he was involved with the shipyard and started a boys’ home, as well as designing several prominent buildings. 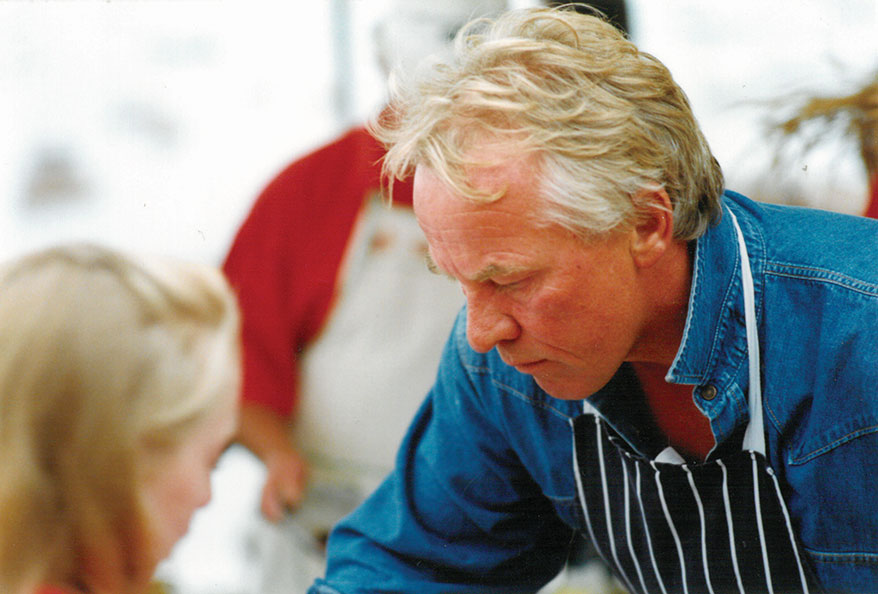 Call of the sea

With all these tales of his ancestors filling his head, it was no wonder that the young Will originally planned to “go into the Navy and see the world”.

In preparation, he took a job at the J.S. White shipyard at Cowes but found he didn’t enjoy it.  Then it was on to Woodnutt’s at Bembridge, which unexpectedly closed halfway through his apprenticeship.

Then aged 19, he went to work for a builder, and realised there was good money to be made on the land!

By1974, and with over a decade of experience in the trade, he went into partnership with Rob Herman and the pair built a successful building business employing 38 men at its height.

Even the building work links back to Will’s fascination with history, however.  He loves doing renovations and uncovering clues to the past.

One such find was made when he was renovating the old Rose Cottage in Seaview and uncovered a priest hole under the floor of the kitchen. In fact it had not been dug out for a priest, but for Old John Caws, as a hiding place when the Press Gang came a-calling.

Will, now 72, seems to have inherited the infamous Caws strongman gene, and shows no desire to give up the very physical building work.

His partner Rob Herman retired a few years ago and Will also gave it a try but says:  “I got bored and decided to come back on a small scale.

“I couldn’t be completely retired so I just pick my jobs these days and still enjoy what I do.

As well as being the local historian and giver of talks and tours, he also sails and fishes regularly in the summer and shoots in the winter. He used to run the Mumwall Shoot on the Oglander Estate, but is now shoot captain for the smaller Kern Shoot.

Apart from that, he is a passionate gardener – an interest that comes directly from his father, who was a prize-winning horticulturalist.

Will gardens and runs an allotment, and his greatest love in the flower world is sweet peas, for which he has won prizes.

Another passion is for wildlife, which he indulges at a piece of land he owns at Knighton Gorge, and which he leaves to the nurture of wild flowers, rare orchids and snakes.

Much as he’s steeped in Island history, Will also enjoys spending time on the mainland, and the north of England in particular.

The link is his wife Mary, about whom he jokes:  “She came to the Island from Durham in 1974 and got captured, never went back!”

Not surprisingly, on their trips north, Will has searched out all the best museums and he rates Beamish as among the best, with its recreated Victorian town – a real haven for a builder.

Of course there’s nowhere quite like home, and particularly when the fabric of your family is woven into the bricks and cobbles of a village.

It seems though that Will is likely to be the last of the direct-line Caws in Seaview: he has four daughters, and his brother Jim, for many years owner of the seventh generation Caws village shoe shop (formerly bootmakers), retired and moved to Ryde a couple of years ago.

Will is pleased that at least some of the old boot making equipment went into the Brading Waxworks museum for safe-keeping and posterity.

“Seaview is very much a second-homer place these days. If your parents die here, you tend to sell the property and it gets bought up quickly… not that I’m complaining.  As a builder I’ve done well from it”.