A trip to Kowloon

Home|Travel|A trip to Kowloon
Previous Next

A trip to Kowloon 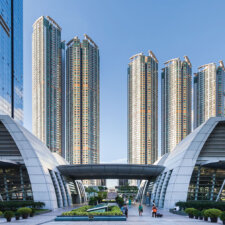 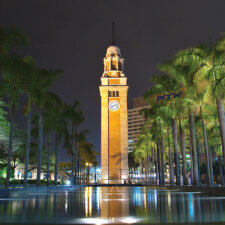 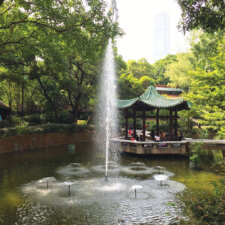 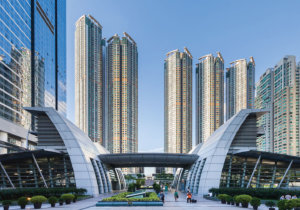 It was with great anticipation that I finally boarded the Star Ferry for our trip across Victoria Harbour to Kowloon for the first time  – and for just a few Hong Kong dollars, with an exceptional option to board ‘first class’.

It seemed right to experience the ‘second class’ option, and mingle with the local people in what can only be described as deafening chatter, overcrowding and a strong smell of diesel.

The ferry itself was quite an experience as well as having a great history attached to it. There were four vessels in service and all beautifully preserved, painted green and white and offering a shuttle service across the harbour some 450 times a day, ferrying thousands of commuters and tourists between Tsim Sha Tsui, Central and Wan Chai.

We learnt the service had been around for over 100 years and boasted two decks, with the upper being ‘first class’. Each had special names attached; such as ‘Celestial Star’, ‘Twinkling Star’ , ‘Morning Star’ and ‘Electric Star’. Although this was clearly a regular short trip across the harbour for thousands of people, every passenger seemed to be intently looking out to take in the remarkable views on this short hop across the harbour to Hong Kong and Hong Kong Island.

Although I was aboard a bit of Hong Kong history, that had not been modernised in more than a century, it somehow did not seem out of place in the dynamism of today’s Hong Kong. As we moored up on Kowloon Harbour, despite the volume of people disembarking, everyone left in an orderly, prompt fashion to go about their business. I was fascinated at the sheer noise, chatter and bustle and the clanging of bells and flashing green lights signalling that boarding would resume shortly after we had all moved off to make way for the hundreds of people queueing to return. 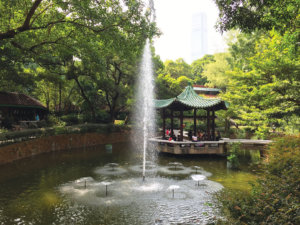 The name Kowloon is a corruption of the Cantonese ‘gau lung’ (nine dragons) named for the range of rugged mountain peaks which back the peninsular of Kowloon. Sadly, most of these peaks have now made way for the modern development that now forms part of numerous skyscrapers around Victoria Harbour and over an area of some 19 square miles.  It is believed to be one of the most crowded spots on earth, and Kowloon certainly appears to be packed with high-rise commercial and tenement buildings – but I was pleased to note that it did not lack any modern architectural splendour, or take anything away from the natural beauty of Hong Kong Island.

We made our way to an area of Tsim Sha Tsui, which is one of Hong Kong’s best known tourists shopping districts where fashionable hotels and nightclubs exist alongside a lovely waterfront promenade just to the east of the Star Ferry Terminal. We made our way further down into the district of Yau Ma Ter and Mong Kok purely to sample the street life of everyday Hong Kong. I was fascinated to note the thronging crowds all around the street markets, which specialise in an array of goods for sale, from Jade, Goldfish, birds and flowers, to clothing and bric-a-brac, and shops selling a variety of other interesting ivory items with almost every design of Mahjong Set that you imagine. 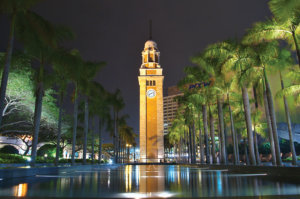 Further down, we noted that there were traditional Chinese shops specialising in wedding attire and it was interesting to witness the clear diversity of gifts and fashion compared to the Western world. The ‘Fountain Walk’ Shopping Centre in Kowloon most closely resembled our Western shopping centres and malls, but with many goods not displaying any specified price.  I was not sure whether this meant that a bargaining situation was possible but I came to the decision that this is a discussion you would have with the numerous smartly dressed young men and women assistants. I think it was the extent of the personal communication between assistant and customer that prevailed almost throughout the ‘Fountain Walk’ Shopping Centre that made the experience interesting and so different: not only did they have time to talk to customers, but were interested that we were English and wanted to know more about us.

I could not help feeling that there was a burning desire within most locals to learn more about the western world and to embrace it in their modernising times. On our return we decided to pay the extra dollars to go first class back on the Star Ferry and the experience was like “chalk and cheese” from the somewhat crowded lower deck area with its unpleasant smell of diesel.  There was a modern air conditioned room on the top deck, naturally boasting the best position for views of Victoria Harbour on our return to Hong Kong Island.

If you ever make it to Hong Kong, then don’t miss a trip on the Star Ferry across Victoria Harbour which for me was a place of sheer fascination and wonder.