A return to Cuba

Home|Travel|A return to Cuba
Previous Next

A return to Cuba 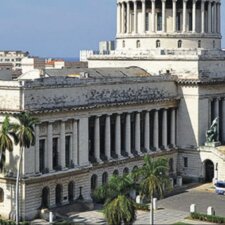 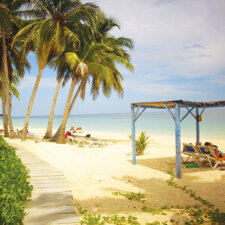 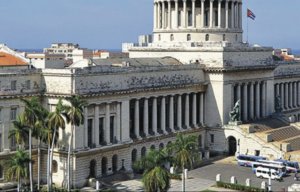 It had been just two years since I first set foot on Cuban soil, but I was determined to return – this time to Western Cuba and Havana, with all its colourful history, writes Terence Willey.

Cuba is by far the largest of the Caribbean Islands, with a landmass almost half the size of Great Britain. In fact, the distance from east (which we had first visited) to west is over 500 miles.  I was anticipating a stark contrast in an area that clearly was going to be densely populated – and indeed it was.

Entering Havana for the first time, I stood in amazement observing a place that had obviously suffered from neglect, with crumbling streets and decrepit buildings. The city walls had been pulled down to facilitate new buildings within the city and roads between the old Plaza and the new.

However, the city was filled with vibrancy and colour, and every other car seemed to be a restored 1950 Cadillac. Goodness knows where they all came from, but every vehicle had been meticulously preserved and maintained.  Most of them could not travel above 20 mph, but it was not speed that mattered for the Cubans, just condition.

Naturally I was keen to take a ride, and hailed a young Cuban taxi driver in a magnificent red Cadillac. The interior was something again. There was almost an ‘aroma’ of 1950s in the car as my wife and I sank down in the leather seats for our sedate drive through the old and new parts of the city.

History could be seen in abundance: the old part of the city was declared the “cultural heritage of humanity“ by UNESCO in 1982, and represents the largest colonial centre in Latin America.

We decided to stop off in this part of the city and explore. It proved a fascinating mixture of the loveliest buildings – museums, churches, palaces, castles and monuments – all intermingled with the constant sound of Latin music and clinking glasses from the many bars. The Cubans adore music, and they dance whatever time of the day. Ernest Hemmingway was drawn to Havana and many of his novels were written here.  Photographs depict him downing a glass or two of local rum and smoking a thick Havana cigar. 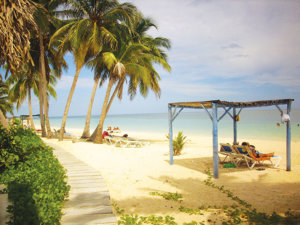 Havana’s oldest cigar factory is located on the west side of the capital, and several hundred people are employed to roll cigars in the old fashioned way, by hand. I was determined to pay a visit and undertake a tour.  I can still recall the sweet smell of the tobacco leaf and the vibrant “hum” of the place.  Cubans proudly boast some of the finest cigars in the world and it was clear that great care was undertaken in their preparation. I was fascinated to see in the final stages of the preparation of the cigar itself that there appeared to be almost 100 people involved in this section and sat in rows with most of them smoking cigars themselves, rolling them by hand. They all seemed delighted with our arrival and our general interest in the production process and I was offered many free samples prior to purchasing a box of the finest on departure.

In addition to its cigars, Cuba boasts some of the best rum in the Caribbean.  The history of rum making dates back to the early 1500’s and white rum (known locally as silver dry or Carter Blanca) is consumed more regularly than dark. Many of the bars in the old city use this white rum as a base for a variety of cocktails, all served cold with lots of ice. The white rum is produced in local distilleries known as Havana Club. These were open to the public from 9am till midnight, to demonstrate how the Island had developed this wonderful renowned international drink from a by-product of sugar.

We were advised not to leave Havana without visiting the Malecon, the seafront promenade area that stretches for four miles along the city’s historic quarter. The busy attractive buildings, giving a striking overall effect.

I was interested to note that the word Malecon means traditional religion to the people of the city. Different religions exist in Cuba because of its history, and we were told that offerings to the Gods were often thrown from the parapets of the seafront promenade, into the waves.

During our stay we also ventured into the less populated areas of the countryside, seeing the beauty of some of the richest plants in the West Indies.  Thanks to its hot and humid annual temperatures, the western area boasts some of the finest tobacco and sugar plantations, and an array of wonderful tropical flowers and an extraordinary variation of bird life.

Our stay concluded with a memorable boat trip to observe the western coastline from the sea. We were able to hire a local boat owner, who took us to one of the tiny unnamed Islands. This allowed us to take in the wonderful vista from the sea and enjoy watching shoals of barracuda.  We also witnessed our Cuban host dive for fresh lobster – and then sampled it on board his boat, eating it with salad, hot potato and wine all provided by him!

Although we had only seen a small fraction of this largest of the Caribbean islands, it has certainly left a lasting impression on me.