A record-breaker for 60th anniversary

A record-breaker for 60th anniversary 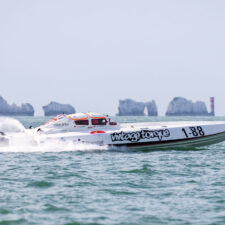 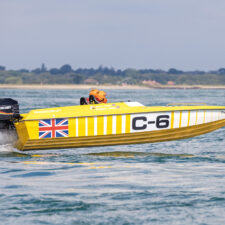 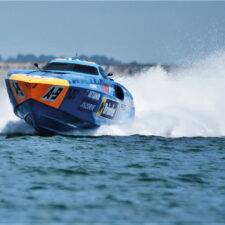 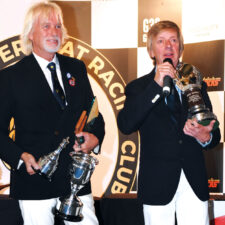 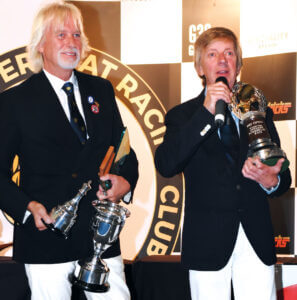 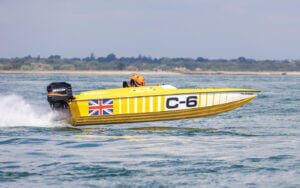 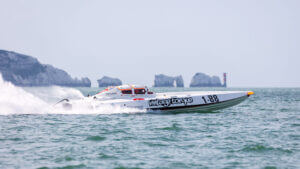 A perennial favourite on the powerboat racing calendar, the historic Cowes-Torquay-Cowes event took place over August Bank Holiday weekend, marking its 60th anniversary with a fleet of 40 boats taking to the water.

With half the fleet heading towards Torquay and half heading to Poole for the Cowes-Poole-Cowes race, the teams enjoyed what were in many places challenging sea conditions, from the flat waters of the bay, to mountainous swells off the Needles.

Drew Langdon and Miles Jennings roared home in their boat ‘Silverline’ to take first place, and were awarded the prestigious Beaverbrook Trophy for the third time in a row.

They were chased by ‘Tommy 1’ the Italian contingent who came in second during a battle which saw some initially tough and close racing until Silverline pulled away and took the course record, covering 193.5 NM in just 02.21.05, in what were often some mountainous waters. The victory added to their hat trick of wins on the Island in this historic and famous event.

Not only is Adam an Islander, but the Cowes event, as for so many of the racers has been his favourite racing venue since he began racing over two decades ago.

He said: “No matter how many times I race on my own shores, while it may be the same course,  it’s never the same race. Unpredictable racing surfaces are the most exciting in the world and there are none so unpredictable as the water surrounding the Island!”

Photos by Andrew Blondell at BlondPix and Malc Attrill