Marion Lynch: A nurse to the world

Home|Interviews|Marion Lynch: A nurse to the world
Previous Next

Marion Lynch: A nurse to the world 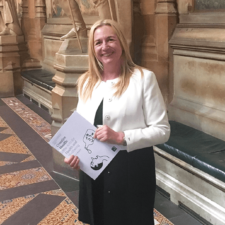 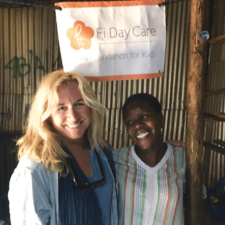 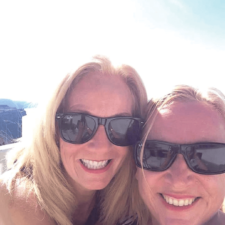 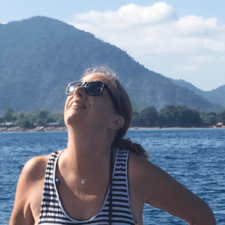 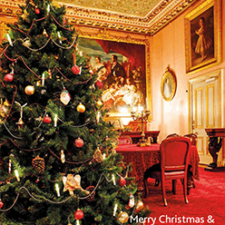 To mark the bi-centenary of the birth of Florence Nightingale, 2020 has been declared Year of the Nurse – and Professor Marion Lynch reckons it’s a perfect time to break some of the old stereotypes and establish a whole new image of nursing.  One of the most powerful ways she has done that is through the example of her own multi-faceted career, which has taken her into health care settings all over the world.  Here she tells Jackie McCarrick why nursing, for her, has been such a fulfilling and exciting career choice.

One wonders how much of a ‘choice’ it actually was for Marion to become a nurse, because it turns out that she comes from something of a nursing dynasty.

For Marion, a wider range of career options were on offer in the 1980s, and for a while she opted to work in a bank – until the call became so strong that she finally took up a nurse training place in Oxford.

“Having tried a different sector, there is no comparison” she says.  “The joy of being a nurse and helping others is phenomenal”.

Her first job was on a Haematology Unit at the John Radcliffe Hospital in Oxford, caring for teenagers with Leukaemia, which allowed her to look after each young person and their family. This made her realise the importance of mental as well as physical healthcare, and led her to train as a psychiatric nurse in Guildford.

That was to be the start of a process of learning that she says has led to her “holistic care approach”.  Rather than sticking with a conventional nursing role, she has explored and diversified, after taking off at the age of 24 to work with a travel company in Turkey as a nurse-qualified tour guide, and later moving on to work in Australia as a community nurse in an Aboriginal Community. 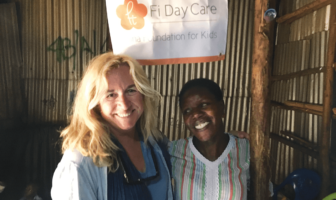 One of her favourite roles in Australia was with a holiday company that provided off-the-beaten-track adventure holidays for teenagers with physical and learning disabilities – proving that social connections and activities can be just as important for people’s health as traditional nursing care.

Returning to the UK without a job, but eager still to learn, Marion signed up for study, taking a Master’s degree in Health Promotion and Health Education at Cardiff University’s School of Medicine – despite only holding a nursing diploma and not a degree.  The University recognised her international experience and accepted her onto the Masters Programme.

Her dissertation focussed on HIV awareness for teenagers, and this eventually took her to Kenya, where her partner Adam Bennett was then working. Back in England again, she became a Public Health Specialist in Kent, with a focus on young peoples’ health.

The year 2000 brought Marion a dramatic experience of healthcare from the other side of the coin, when, at 35 weeks pregnant, she and Adam were visiting relatives on the Island.

She went into premature labour and wasn’t allowed to take the ferry back to the mainland.

“We were totally unprepared” she recalls  “I didn’t even have a pram!”

At St Mary’s Hospital, Marion was offered the choice of a helicopter lift back – but says she was so impressed with the care and attention of the staff there that she decided to stay, and three days later gave birth to baby William Bennett Lynch, who went on to spend his first nine days in the Island’s special care baby unit..

“The kindness and care we received were amazing” she says.

Now William is in his second year at university, studying Politics and International Relations and  – having apparently inherited the family travel bug gene – has ambitions to work as a journalist in war zones.

Like his parents, William is also a keen sailor and as a family, they enjoy competing in Round Island races in their “Billy Boat”, a Beneteau First 30 that’s moored close to their home in East Cowes.

Or at least, one of their homes:  because Marion is now based in Oxford with her role as an NHS Deputy Medical Director, she and Adam –owner of Albany Farm and Garden Machinery in Newport – divide their time between the two locations.

“We’re a bit like the military!” she says.  “In summer I tend to head for the coast and in winter Adam spends more time up here in Buckingham”

Marion’s continuing studies and experience have also led her into non-NHS roles including Visiting Professor in Dementia Care with the University of West London, where she teaches and supervises students.

As a member of the Isle of Wight family that runs the care home business Island Healthcare, Marion has close connections with local people living with the daily challenges of dementia, and she’s an ardent supporter of the Island’s Alzheimer Cafe initiative. 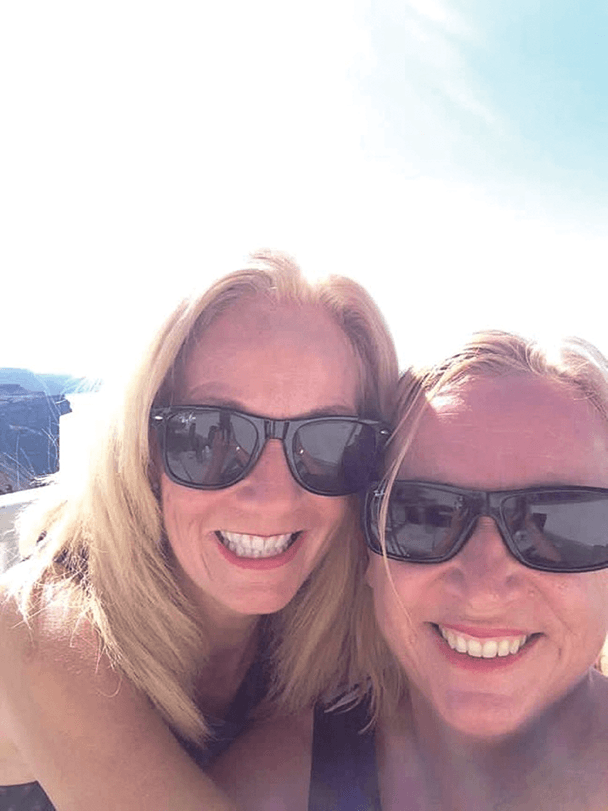 When she presented at a high-level conference on dementia services last year, she described the work being done here on the Island with its three Alzheimer Cafes as “an exemplar of support”.

“We need to make sure that we recognise the opportunities for people with dementia, rather than just the challenges” says Marion, who also visited Japan with sister-in-law Maggie Bennett and others from the Isle of Wight  to present the development of a board game that helps players to talk about dementia.

Health on the waves

Marion’s nursing qualification gave her the opportunity to take on further adventures and volunteer work, when in 2011 she used her annual leave to be a medic on one of the yachts in the Clipper Round the World Yacht Race sailing across the Atlantic from Southampton to Rio.

She recalled: “In those six weeks as a crew member I learnt more about team work and leading systems than in any other role.  My nursing skills gave me this opportunity and they were put into action caring for minor and major injuries when we were many days away from land. I now know how to order an MRI in Brazil!”

Her Yachtmaster sailing qualifications, nursing skills and sheer drive to make life a little better for those with fewer opportunities also led Marion to join the Ellen MacArthur Cancer Trust in 2018, as a medical cover volunteer taking children with cancer on their first four-day sailing adventure.

“We’re there to help build confidence in these 10-18 year-olds, take them out sailing and put some fun into their lives”.

Marion has done two of the four-day trips this year, including one that was filmed and aired on TV for Children in Need, and describes them as “exhausting  but totally fulfilling”.

For the Children in Need trip she was presented with a coveted Blue Peter badge – and jokes that it took her 50 years to achieve that, while her PHD Doctorate only took seven years

“Like many children, I always dreamed of getting a Blue Peter badge, and finally I achieved it!”

Another charity that’s perhaps even closer to Marion’s heart is the Fiona Foundation for Kids, set up in memory of her younger sister Fiona, who died in 2016.

A devoted foster mum and special needs teacher, one of Fiona’s last wishes was for Marion to continue to ‘care as if she were there’.

“Fiona wished to make sure that young mums with babies, who had no-one but each other and were living in the worst of all circumstances, stayed together if at all possible” explains Marion, who after her sister’s death, went back to the Mathare slum in Nairobi, Kenya, which had been the focus of her dissertation, and set up the charity in her sister’s name. 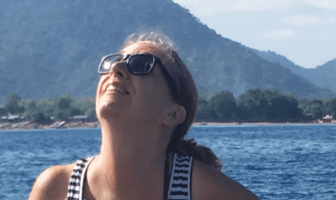 Fi Day Care is the first project, and provides meals and daycare for 30 children, six days a week.  It means that the usually young and often HIV-positive mums may work, and are enabled to keep their baby and support their family.

This tiny programme now forms part of a larger social support system via Tushinde Children’s Trust, who have been supporting families for a number of years, and Marion now teaches about the evidence and experiences of setting up interventions to improve children’s’ lives and slum health, at conferences and medical schools here in the UK.

Linking ordinary people in communities all over the world is a large part of what Marion’s career has been about, and one connection seems to illustrate that perfectly.

While working in Zambia in a neo-natal unit, she found resources so limited that there were four premature babies to each incubator, and one nurse for every 10 babies.

“I recalled my son Will having an incubator all to himself at St Mary’s and thought how lonely and sad those babies looked”.

As a simple but practical solution, babies respond when given a ‘baby bonding square’ –  a small square of material that sits on the mum for 12 hours to absorb her scent, before being given as a comforter to the baby .

There are now ordinary people all over the world, knitting these squares for babies they will never see, and as an example of just how powerful these connections can be for all concerned, Marion describes receiving one of the knitted squares in the post.

It came in a little plastic bag with a note saying it had taken the person a week to knit it, and then carefully washed it in baby softener: probably not an easy task, as the person had Parkinson’s Disease.

“Human connection is the root of all health care” says Marion, “which is why I see my most important work as connecting individuals, groups and countries for the ultimate benefit of us all”.

And now, there’s a new generation of her family preparing to enter the nursing ‘dynasty’ – her niece Nellie, who is in her first role as a children’s nurse at Great Ormond Street Hospital in London.

Marion says: “Nursing training sets you up for life so that every day somehow you can make a difference to another life –  it is a great profession to be part of, however you choose to be a nurse.”

* For more information on the Fiona Foundation for kids charity, visit the website www.fionafoundationforkids.org  or on twitter, @KidsFiona