A new era for Quarr Abbey

A new era for Quarr Abbey 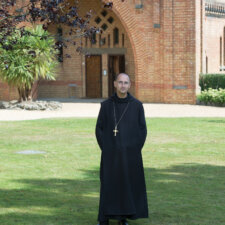 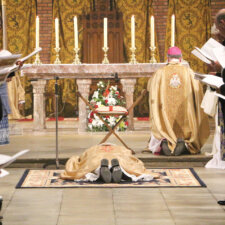 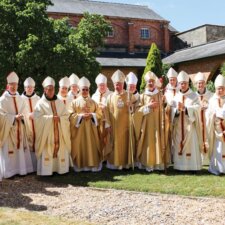 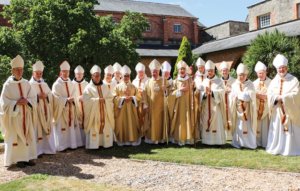 Thousands of visitors every year come to enjoy the peace, tranquillity and beautiful setting of Quarr Abbey – and 20 years ago a young French monk, Dom Xavier Perrin, was among them

Back then, Fr Xavier was visiting the Island’s religious community from his home monastery in South Brittany – which is part of the same Benedictine congregation – and like most people, he was captivated by the place.

What he didn’t realise at the time was that, two decades later, he would be elected as its Abbot.

“I had no idea I would ever come back – and especially not in this position!” said Fr Xavier, who officially became Abbot of Quarr in May.

The Isle of Wight is certainly very different from the university city of Tours, in the central Loire Valley region,where he was born in 1958, and brought up in a Roman Catholic family. Initially he chose to study literature in Rennes and then art history at the Sorbonne – although he admits that he always harboured ‘religious aspirations’.

“I happened to visit a monastery in France when I was 15, and was fascinated by what seemed to me such a strange way of life” he explained. 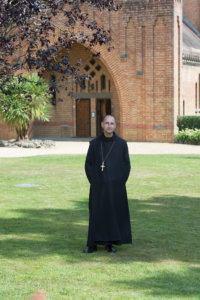 “I saw that these men were so separated from ordinary life, and yet could be happy and last in this life so long. There was something  strange about it and I had to work out what it meant”.

Finally, by his early 20s, Fr Xavier had come to his own conclusion: “It seemed to me that if God really existed, then these men had found the best way to live” – at which point he announced to his family that this was the path he wanted to pursue.

He admits it came as something of a surprise to them.  “My family knew I was very religious but they did not expect this.  I think perhaps they were a little concerned, but they wanted me to be happy and could see I was thriving”.

By the age of 22, Fr Xavier was ready to test his commitment, and entered the Abbey of Sainte Anne de Kergonan, a monastery founded by Solesmes in South Brittany.

He says his thinking was:  ‘If I don’t try now, I will never know. If it doesn’t work I don’t have to stay’

However, the life of contemplation, prayer and music clearly did ‘work’ for him, and he remained for the following 33 years in that monastery, enjoying what he describes as a ‘very happy life’.

During that period, the community was growing and diversifying its activities, with an average of two new young people joining each year – something that Fr Xavier now hopes to bring about at Quarr, which has suffered from falling numbers in recent years.

“I benefitted from the leadership of a great Abbot who is now an Archbishop in France, and I hope that I will be able to use at Quarr Abbey some of what I learned from him” he says. 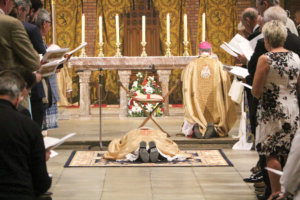 It was during his time at Solesmes that Fr Xavier began his extensive study of theology, which he continued at Fribourg in Switzerland, and then in Munich.

Then, following his ordination in1989, he took charge of the monastery’s guesthouse, as well as teaching dogmatic theology and playing the organ.

He also found time to write books and articles about the history of the Solesmes Congregation, along with titles on liturgy, and spirituality.

His other passion is for classical Gregorian Chant, which he has helped to promote through weekend events, concerts and CDs.

He was novice master from 1993 to 2010, choirmaster from 1996 to 2013, and Prior from 2002 until 2013 – at which point the call came from Quarr Abbey, which had been through some difficult times in recent years, with falling numbers and lack of leadership.

Fr Xavier was originally appointed to take over as Prior Administrator at Quarr three years ago, and says he welcomed the challenge, with the opportunity to return to the monastery that had so impressed him all those years before.

He says his main challenge was to be accepted by the resident monks, a small, tight-knit community of 11 men, including a very senior monk aged 95. The majority are aged 50-70, with two young novices who are currently testing their vocation.

But if Fr Xavier harboured any fears about being acepted, they were unfounded. He says the past three years have proved a ‘wonderful time’ and earlier this year, he was elected from within the community to be the new Abbot.

“It is wonderful to have the trust of the community” he says.  “we have good unity and a clear vision of what we want to do here”.

That includes opening up the Abbey more and more to the wider community, welcoming volunteers who help with the beekeeping, gardening and tea shop and hosting activities for various local groups and charities.

“Years ago the monastery could be very self-sufficient, but now we inhabit a world with many relationships around us” says Fr Xavier.

“We are delighted to see growing numbers of visitors, and many local people contributing to the life of Quarr”. 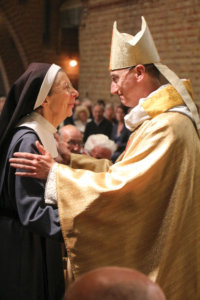 Of course at the heart of the life of Quarr is its daily routine of prayer, with the monks gathering seven times each day between 5.30am and 8pm.

“The basis of our life of prayer” he says.  “is praising God, and praying for people in need”.

The Abbey’s intention book is regularly filled in with the names of people in vrious kinds of need, and the monks take these into their prayers. “It makes us a place of solidarity with the sufferings of the world” he says.

The Abbey also offers a place of retreat for people wanting time and space away from the difficulties of life, and between 500-600 visitors a year stay there, benefitting from the quiet and contemplation for a few days.

“People are very aware that we are not just a touristy kind of place” says Fr Xavier,”but something very special.

“In fact, we like to see ourselves as a bridge between the broader world and the God to whom we have dedicated our lives”.

And it’s a bridge that’s being strengthened all the time – with visitor numbers now at the 70,000 a year mark, and rising.

Founded in 1132, the original Abbey was dissolved more than 400 years later by Henry VIII, and the ruins remain visible to this day. French architect and monk Paul Bellot designed the current abbey church and monastery in 1907, combining French and Moorish architectural styles. The church was made with Flemish bricks, in a project employing around 300 Island workmen. Work commenced in April 1911 and the church was dedicated on October 12 1912. Quarr Abbey and the old Cistercian site was selected for inclusion on the 2012 World Monument Watch, which calls for international attention to the challenges facing cultural heritage sites around the world. With free entry to the grounds, you can visit the church and pilgrim’s chapel, pop along to the art gallery and bookshop, enjoy a cup of tea in the tea-garden, or simply wander the grounds to experience the tranquil atmosphere of the place.