John Giddings: How the IW Festival began all those years ago…

Home|Features, Interviews|John Giddings: How the IW Festival began all those years ago…
Previous Next

John Giddings: How the IW Festival began all those years ago… 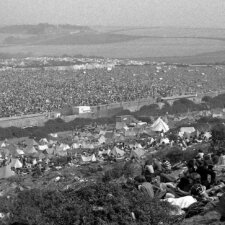 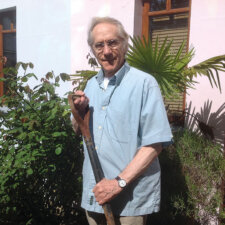 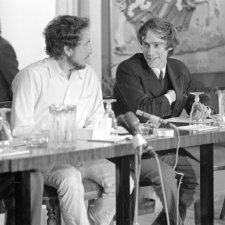 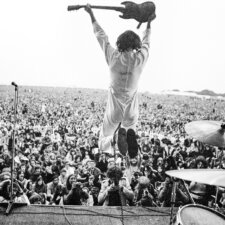 It’s 50 years ago this summer since three brothers living in Totland embarked on an ambitious fund-raising project that ultimately not only rocked the Isle of Wight, but also the music industry worldwide.

Ronnie Foulk had taken on a part-time job to help financially support the Isle of Wight Indoor Swimming Pool Association, known as IWISPA. 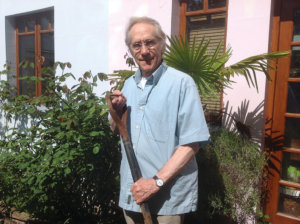 He, and younger siblings Ray and Bill, felt traditional village hall dances would not generate the money they were looking for, while even jazz concerts had become somewhat outdated. So between them, Ronnie, Ray and Bill hatched a plan to stage a ‘pop music’ festival. So the seeds were sewn to hold the first Isle of Wight Festival, even though the Foulk boys had little idea of how to go about it.

Ray Foulk takes up the story. He said:  “We’d been to a jazz festival at Wootton in 1964, and it was rather good. But by 1968 Bill, who was at the Royal College of Art, said it was ridiculous to do another jazz event, and we should try rock and roll, or ‘pop’ as it was called then.

“I knew nothing about contemporary acts, because I was already in my early 20s.  Although I listened to pirate radio stations I never got into the more modern acts. But the ones that were popular were the likes of The Move, The Pretty Things and of course American group Jefferson Airplane. They were the ones that young people were more likely to want to see.

“Bill was up to speed on all of this, so he was a great influence on what we did by booking these kind of acts. Jefferson Airplane were on a European tour and wanted a British date, and we managed to sign them up for £1,000. That was the big turning point. We just hit lucky with a booking agency and got a lot of acts through them.

“We had no idea where to stage the event, but heard a farmer in Godshill was up for it, so we used his land. It couldn’t have found a more unsuitable site; in a field of corn stubble. But we went for it. Other acts we booked included The Move, The Pretty Things, Arthur Brown and Tyrannosaurus Rex, featuring Marc Bolan.”

But the pre-Festival publicity was so negative among rebellious locals, that the IW Swimming Pool Association said they didn’t want to be part of it, or have any money from it, because it might have something to do with drug-taking. Initially they invested £750 of their own money to help fund the event, but later received a full refund from the Foulks.

Ray recalls: “We pulled in around 10,000 people, and admission price was 25 shillings – £1.25 these days, with £1 for Island people. I printed the admission tickets, so it was like printing pound notes! But the facilities were pitiful. We made a stage by putting two British Road Services lorries back to back, using their trailers, and building some scaffolding over the top as cover. Although the Festival went ahead, a journalist from the ‘Melody Maker’ music paper described the event as ‘how not to do a Festival’.”

The Foulk brothers were also pushed to the brink financially, and realised that any more Island festivals needed to be bigger and pull in more people from the mainland to make them more viable. That meant finding a bigger, much better site for 1969, and finding a big-name act. They managed to find the perfect location at Wootton, and the big name they targeted was Bob Dylan. But he hadn’t worked for three years after a motor cycle accident, so there seemed little chance of getting him.

“But we didn’t give up; we persevered with his management, persuaded him to come here, even though bigger people than us were chasing him,” said Ray. “The big competitor we didn’t know about was Michael Lang, who was putting his Woodstock Festival together. Dylan lived in Woodstock and knew Michael Lang, as did Dylan’s manager Michael Grossman. 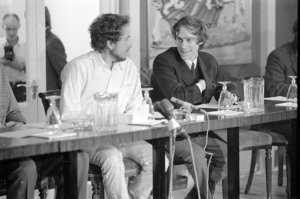 “Grossman wanted Dylan to do Woodstock, but the pair were falling out and about to split up. We were talking to Grossman’s partner Bert Block, who by then had Dylan’s ear. Dylan was furious at Grossman’s demands that he must play Woodstock. He felt coming to the Island was the perfect way to get away from Grossman and Woodstock. He flew here the day Woodstock began, but all this was falling into place without us even knowing about the saga, hence my book title ‘Stealing Dylan from Woodstock’. Getting Bob Dylan was a huge turning point in what we did. If it had not happened, we would have gone nowhere. There might not have been a 1969 Festival, nor the 1970 Festival.”

Thankfully, both festivals did take place, putting the Island at the forefront of world festival events, even though so much happened by chance. Take the winter of 1968-69 for example, when the Foulks were promoting a series of Saturday night dances at the Manor House Ballroom, Lake. Ray said: “The Who were booked for Saturday, August 30th, 1969, costing us  £500. There was a clause in the contract saying we could switch them to our festival if it took place, which was due two weeks after Woodstock. So we had The Who at Wootton after they had appeared at Woodstock, and they wanted more money or withdraw. We had to double their fee to keep them on board.”

The brothers organised the 1969 Festival from their mother’s house in Totland, using her telephone to book acts. An estimated 150,000 people converged on Wootton from all over the world, not only to see Dylan but The Who, The Pretty Things, Joe Cocker, and a host of other top names. Among the onlookers were Beatles John Lennon, George Harrison and Ringo Starr, as well as Eric Clapton, Elton John and Rolling Stone Keith Richards.

Ray recalled: “It was funny that in ’68 the Melody Maker said Godshill was ‘how not to do a festival’ but a year later the same journalist cited the Island as ‘how to do a great Festival’. The big problem for us was cash flow – to do a Festival you needed a lot of money, so we were always up against it.”

Because of 1969 success, suddenly every artist wanted to play the Isle of Wight Festival, even though one local media outlet led a campaign to try to stop any more festivals here. Ray continued: “We spent a lot of time in early 1970 trying to find a proper site, but there were campaigns against us wherever we went. Eventually we came up with Afton Down in West Wight, where there was plenty of open ground. and we weren’t going to be a nuisance to lots of people. We were also based in Totland and Freshwater, so when meetings were called to discuss the idea, they were packed with our supporters!”

By 1970 Bert Block had become a major American agent and booked many acts for the brothers, including Joni Mitchell, Leonard Cohen and Chicago, while Jimi Hendrix and The Doors came from London agencies.

Hundreds of thousands of revellers converged on Afton Down for the iconic event. There were reports that as many as 700,000 attended, but Ray’s estimate is far more conservative. He said: “I don’t like being quoted on the figure. My way of putting it is that we had a bigger crowd than Woodstock, aerial photographs prove that. They claimed 400,000 at Woodstock, which is ridiculous, and 600,000 for the Isle of Wight was completely over the top. Maybe more like 300,000, but still pretty massive.” 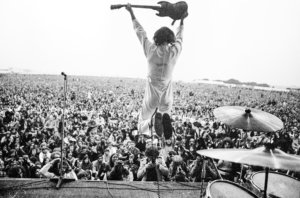 The Isle of Wight Act, drawn up soon after the 1970 Festival, went through Parliament, preventing any more such gatherings here for the following 32 years. But Ray admitted: “We were moving on, and I’m not sure we would have done another one. We had also lost an awful lot of money and were pretty fed up with the whole situation. When the Isle of Wight Bill was passed it put the tin lid on it anyway, although efforts to make that Bill become national failed. Otherwise there would have never been big festivals on the mainland like Glastonbury.”

After other ventures, Ray briefly thought about resurrecting the Isle of Wight Festival in 1994. He obtained the licence but couldn’t get the bands in time. The following year he lined up several top acts, but the licence was refused by the Council.

So the IW Festival remained mothballed until 2002, when the new era began under the guidance of John Giddings. The rest, as they say, is history, with this year’s event from June 21st to 24th attracting, among many, music giants Van Morrison and Liam Gallagher.

“It’s great for the Island, and I really hope it stays for many years to come,” Ray added. “The one thing I would loved to have done was hold a Fringe Festival right across the Island, in conjunction with the IW Festival; similar to Edinburgh, but just music. I still think it would work, and maybe one day it will happen.”