Melvyn Hayes – the panto master – from Bonzo to Buttons!

Home|Interviews|Melvyn Hayes – the panto master – from Bonzo to Buttons!
Previous Next

Melvyn Hayes – the panto master – from Bonzo to Buttons! 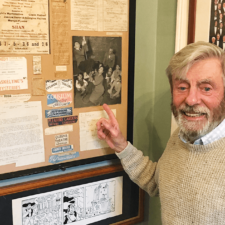 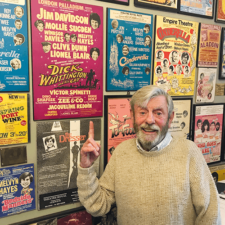 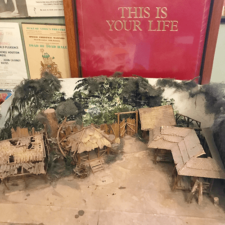 The pantomime season is nearly upon us – oh, yes it is! Whether you choose to watch one of the many excellent productions that are performed each year on the Island, or go further afield in search of Dames and Ugly Sisters, it is almost guaranteed to an audience pleaser, especially for the kids.

But whatever your personal choice, it’s a fair bet you will not see anyone with more experience of pantos than actor Melvyn Hayes, a veteran of more productions than Mother Goose has laid eggs!

Melvyn, a youthful and spritely 84, has lived with his family in Ryde for many years. In this special festive interview he talks about some of the great times he has enjoyed performing alongside a host of top name artists, as the panto posters on his office wall confirm. 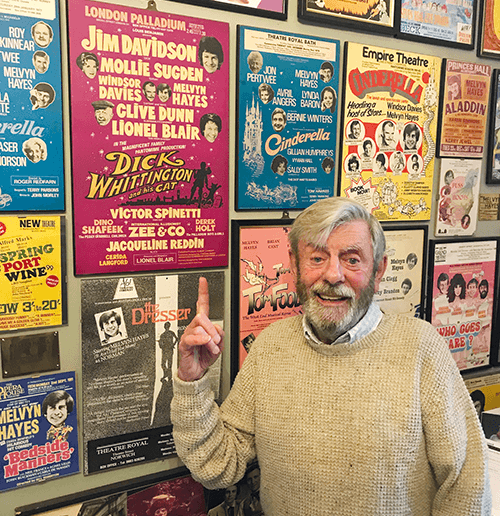 He will be celebrating an amazing 70 years in showbiz next year, and he vividly recalls his first panto back in 1951. He said: “I played Bonzo the Dog at the Leicester Opera House, and in those days you did panto for three months. The Bonzo costume was skin-tight so someone had to help me get into it, before I put the dog’s head on. On the final night the audience just kept roaring with laughter, even after the scene had finished, and I couldn’t understand why.

“I always wore pyjamas under the suit, and this night the naughty lady dresser left the pyjamas cord dangling out, between my legs. I had no idea, but apparently it looked rather rude, swinging about as I walked around stage, and that was probably the most laughs I ever had in panto.”

His favourite panto venue was the London Palladium. He appeared in 1980 in Dick Whittington alongside such fellow-stars as Jim Davidson, Mollie Sugden, Clive Dunn, Lionel Blair and Windsor Davies, his co-star in the iconic TV series ‘It Ain’t Arf Hot Mum’ where Melvyn played ‘Gloria’.

It was at the Palladium that he received one of his greatest honours. While on stage performing, the late Eamonn Andrews walked out with his famous big red book to announce: “Melvyn Hayes, This Is Your Life.”

Melvyn smiled: “Throughout my career I always joked to everyone about that possible moment by saying ‘I wonder on which side of the stage Eamonn will appear’. The night before he caught me, I even said that to Lionel Blair, who rushed off to the dressing room, and told Windsor Davies I knew all about it. Actually I had no idea, I was just using the old gag line again, and when Eamonn did appear the following night it was a massive surprise.”

Melvyn, whose first stage job was as a 13-year-old doing the Indian Rope Trick, has taken on virtually every panto role, from Dame to Buttons and Ugly Sister to…Bonzo! He reckons one of his favourites to appear in was as the Dame in Mother Goose, saying: “You get the comedy and drama. I was once told to never let the goose talk, even when she came out to lay three eggs on stage, one by one to a big drum roll.

“One night the goose came out, and there as a lot of hesitancy in the way she waddled across the stage. I kept talking, not allowing her to speak, until the guy playing the goose whispered to me: “I’ve forgotten to load the eggs up!”

While he was offstage loading up the three eggs, I kept the audience amused by asking them what the goose’s middle name was, with a prize for the winner. They were still screaming out names as the goose returned, eggs and all, and the show went on. That night someone at the stage door was very upset, because I hadn’t revealed the goose’s middle name, and no prize was given.” 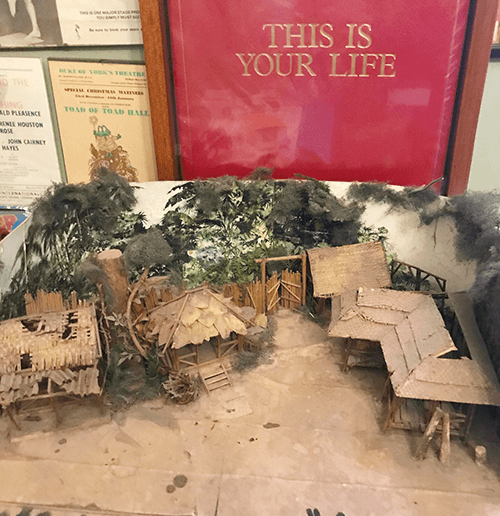 One of Melvyn’s  favourite actors to work alongside in panto was, almost inevitably, the late Windsor Davies. They performed alongside each other at venues including The Palladium, Liverpool Empire and Sunderland Empire, as well as a nine-week run at Shanklin Theatre in a play called ‘Sink or Slim’. He smiled: “It wasn’t the best, with one newspaper critic saying: “It Ain’t ‘Arf Rot Mum!”

Pantos have changed over the years, as Melvyn points out. He said: “Once there were at least a dozen chorus girls, nowadays you’re lucky to see four. There were always big name variety artists in the productions, then it became people out of sitcoms, and then out of soap operas. Now it’s more reality TV people, so you don’t need any talent, you just need to be known from television.

“At one time you did eight shows a week; later in my career we were doing three shows a day sometimes. I once did a panto for 15 weeks, but now they are usually over inside a week.

“One of my gags was to bring out a Rubik’s Cube, all sides painted green and say it was an Irish Rubik’s Cube. I later received a letter from two Irish people complaining, so I never did it again. There was also the ‘Busy Bee’ sketch where two guys with bottles would squirt water out of their mouths at each other. Not any more, nor letting a little girl come on stage during the show and sit on your knee. It’s sad how such innocent things can no longer be part of panto.”

Melvyn has so many stories it would fill a book. Indeed, he began writing his memoirs 30 years ago, and so far has only got up to the 1970s!