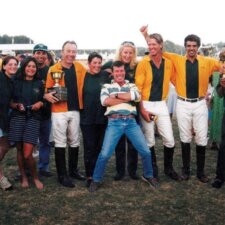 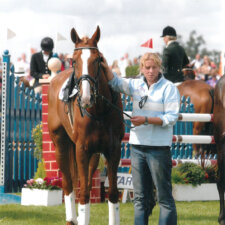 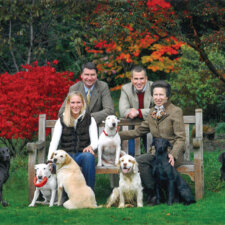 After a high-profile career that’s involved travelling the world, working for Royal riders and successful polo players and showjumpers and generally hob-nobbing with the equestrian elite, top people’s groom Catherine Owen is back on Island soil – and working as a freelance groom. 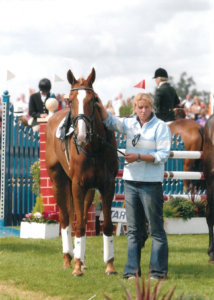 Turning 40 proves to be a milestone for many of us: an  age when our life path often calls for change.

That was certainly the case for Catherine, after almost 25 years in a job that virtually consumed her life.

Not that she didn’t enjoy the globetrotting, the satisfaction of seeing her horses and riders scoop winning trophies, but as she says:  “It got to the point where I had to ask myself, ‘Do I really want to be on the road 24/7 any more? Do I really want to spend another winter outdoors?  And the answer was, ‘Not really…’  “

Which was when she decided that what she really wanted at this stage in her life was to come home, pick up with the family and friends she had previously had so little time for, and start building a new life back on home turf.

So how did the former Cowes High School girl end up at Gatcombe Park, working with Princess Anne and her Olympian daughter Zara Phillips, with responsibility for the care of priceless royal horses?

Catherine reckons she was only a toddler when she first became captivated by horses.

“When my dad went to the pub with his mates, he’d leave me in the buggy at a friend’s stables” she says. 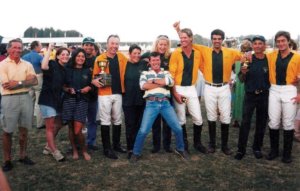 “That really got me hooked, and as a kid, I got to ride some really cool ponies.  I was quite naughty and would often skip school to go for a ride, or I’d spend my PE lessons riding.”

In fact, as a child she rode with the late David Biles and by 12 or 13 she had a paper round and helped out at Barton Manor livery to fund her own riding on first horse, Kizzy.  After a year, she started riding for sculptor Barbara Woodhouse.

Strangely, Catherine never had any long-term ambitions to be a rider: she had a very specific aim, and that was always to be a showjumping groom.

“I’ve never been brave enough to ride professionally myself, never had the finesse” she explains.  “I was always more of a practical, on-the-ground person.

“I am competitive though, when it comes to my standards of turnout, and my big thing is the care of the horses.

“My job is to keep the horses sound, fit, massaged and with not a hair out of place – and how I handle them on the ground will directly reflect how a horse performs.”

Not surprisingly, Catherine couldn’t wait to leave school at 16.  She recalls taking her last school exam in the morning, and then dashing to take the boat and train to Ascot the same afternoon, to start her first job at the polo stables of a rambling old country house.

“Our room was in the attic – it was pretty much a hovel and I earned £40 a week, but I did it for the love of the horses” she says. 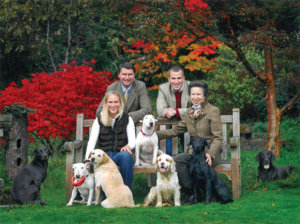 Within two years, however, life was very different for Catherine.  Her unique grooming and horse-whispering skills had led to her being noticed and hired as a groom by American and  Australian polo teams, in what was a rare and highly responsible role for a teenage British girl. She even worked with the Argentinians – the nation that counts polo as its national sport.

By the age of just 18, Catherine found herself earning £300 a week, owning her own car, and living in beautiful rent-free accommodation.

Having worked with Kennilot Farm, she then travelled widely with  the country’s Geebung team and its ‘squillionaire’ patron, the businessman Rick Stowe, which saw her hanging out with the sporting elite in smart venues from St Tropez to Sotogrande.

In between, she’d head back to England for the High Goal season – the ‘Formula One’ of polo – or go buying ponies in Bordeaux.

“If you got any sleep at all, you were lucky!” she says. “I’d work seven days a week from 4am until 11pm, so it wasn’t just a job, more a way of life”.  Indeed what social life she did have would all revolve around polo events and celebrations.

After seven years of such a frantic pace of life, Catherine was more than ready for a change, when she had a tip-off from the Queen’s farrier at Windsor that there was a job going in the Cotswolds that might suit her.

As far as she knew, the job was with a ‘Mrs Hammond’ – and she was happy to be called in for interview.

The first clue that things were not quite as they seemed was when Catherine spotted the security cameras when she arrived for her interview.

“I thought – that must be someone rich!” she recalls. Then she was approached by a policeman who told her that “the Princess” would be doing the interviews.

“What Princess?” she responded.  “I thought I was going to meet Mrs Hammond”.

Worse was to come when Catherine saw her fellow interviewees – all smartly turned out in their riding breeches, hacking jackets and hats for their meeting with Princess Anne.

“I was just wearing jeans and desert boots and thought that would be it”.

However, when the Princess Royal came in, along with daughter Zara Phillips, it seems they hit it off pretty quickly despite Catherine’s dressed-down look.

In fact her interview took place in a car as they drove around the estate – ‘crawled all over by the dogs’ – and was more of a ‘lively conversation’ than a formal quizzing.

“I wasn’t expecting that at all!” says Catherine, who was told afterwards that she was offered the job because of her informal, down-to-earth approach.

Catherine was hired to work for Zara at Snowshill as well as Princess Anne at Gatcombe Park.

She recalls  Captain Mark Phillips buying the legendary chestnut gelding Toytown for his daughter Zara in 1999, and starting to work with the lively and unpredictable horse.

Though not exactly a natural eventer, Toytown was brought in to line sufficiently to help win Zara the Young Rider title at Bramham Horse Trials in 2002, followed by a string of other successes at home and abroad.

Catherine worked so closely with Zara that they covered each other’s days off – and she says she has nothing but respect for the young Royal’s hard work ethic.

She’s also full of admiration for Princess Anne, whom she describes unaffectedly as ‘pretty wicked”

“She’ll be the first person on the estate with her hands down the drain when it’s blocked – then you’ll see her climbing into a helicopter at 7am to go off and shake people’s hands on some royal visit.

“She’s a proper horsey lady – I have big respect for her.  She’s not frightened and will get on any horse, give anything a go.”

Catherine actually sourced one of Princess Anne’s horses for her from the Island – a little mare costing £5,000 which she still owns.

Despite the closeness of the working relationship, though, Catherine always addressed the Princess Royal as Ma’am.

“It was just the way it was – I’d never dream of calling her Anne” she says. 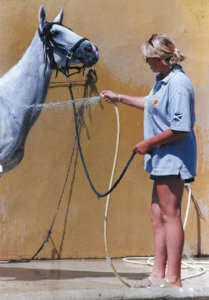 It was always less formal with Zara, though – Catherine still occasionally referring to her as ‘Zars’, and revealing that she still texts her occasionally to say good luck before events.

In her six years with Zara, Catherine travelled the world and saw the young rider develop into the world-class equestrian that she now is.

“I saw her go from being a kid to an adult” she says.  “When I started, the press attention was a lot for her to handle and I was very protective, wouldn’t let them get near her.”

By the time Catherine left the job, Zara was very much her own woman.

“I decided to leave because I was exhausted really” she says, “but it was heartbreaking because six years is a long time when you’re basically living in a lorry together.

“It could be a very intense relationship and there were times when we’d shout and scream at each other. I decided I wanted a bit of a life, so I walked out of the job to nothing – but I cried every day for three months and really missed Toytown because I loved that horse.”

Looking back, she reckons the decision to leave was taken in a ‘rash moment’ – but says it was probably the right one.

She did freelance work for a while before being approached to work for Olympic gold medallist Carl Hester: she went as a temp and ended up staying there for three years.

Then it was to medal-winning dressage rider Fiona Bigwood, for whom she worked – again travelling back and forth across Europe – until last year.

“It was a fantastic job with a lot of focus on working with children, and Fiona’s yard is one of the most amazing you’ll see” says Catherine, “but it just got to the point where I needed a change.”

And it was from that point that Catherine decided that she would once again be a freelance groom.

“By going back to being a freelance groom it will give me evenings off, and allow me to see friends and do ordinary things I haven’t been able to do for years, I’ll be happy. It finally feels as if I’m clawing my life back!”

And as for horses?  Well, she’s still riding out – purely for pleasure these days – and has offered to help out at local pony clubs, in order to ‘give something back’. She may even go to Badminton as a spectator when she feels like it.

Longer-term, she reckons she’d like to run her own pub – where she could enjoy displaying all the horsey memorabilia she’s amassed from a pretty remarkable 25 year-career.