Andy Lattimore: Beyond these walls of the Island prison

Home|Interviews|Andy Lattimore: Beyond these walls of the Island prison
Previous Next

Andy Lattimore: Beyond these walls of the Island prison 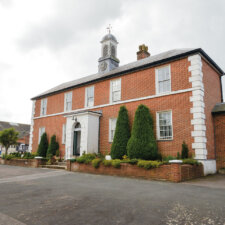 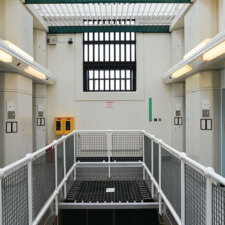 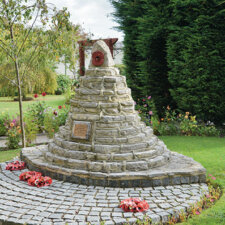 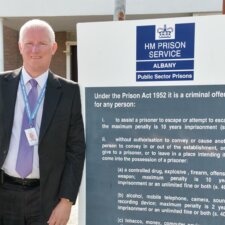 From the outside it looks one of the most inhospitable buildings on the Island. Its drab, grey walls loom large as you drive from Newport towards Cowes, but strangely it remains something of a tourist attraction. Locals and visitors alike invariably glance across, perhaps wondering what life is really like inside the Island’s famous prison.

Andy Lattimore became Governor of HMP Isle of Wight in January last year, and he invited me to venture beyond the walls to be given an intriguing insight into life behind bars.

Of course there have been many changes since the original Parkhurst Prison opened in the 1830s . Camp Hill followed in 1912, and finally came Albany in the mid 1960s. Five years ago the three prisons merged to become HMP IW, and then the Camp Hill site became a casualty in March 2013 when it closed its doors for the last time as part of overall prison reorganisation.

Andy joined the Prison Service in 1988, and worked in several mainland prisons, including Gartree in Leicester; Winson Green in Birmingham; and Pentonville and Holloway, and was then Governor at Winchester Prison and Bullingdon in Oxfordshire before moving here.

He said: “Prisons have changed. When I joined the Prison Service, prisons were unpleasant places in terms of  basic sanitation for example. These days it is not cushy in any way –  I am not running a hotel – but it is about providing a basic, decent environment where we can do our work with prisoners. It is where we challenge prisoners  to change, and achieve things that will help them return to society as law abiding citizens. That is our objective.”

HMP IW houses just over 1,100 prisoners, the majority sex offenders . They are looked after by a staff of 580, including around 200 prison officers. 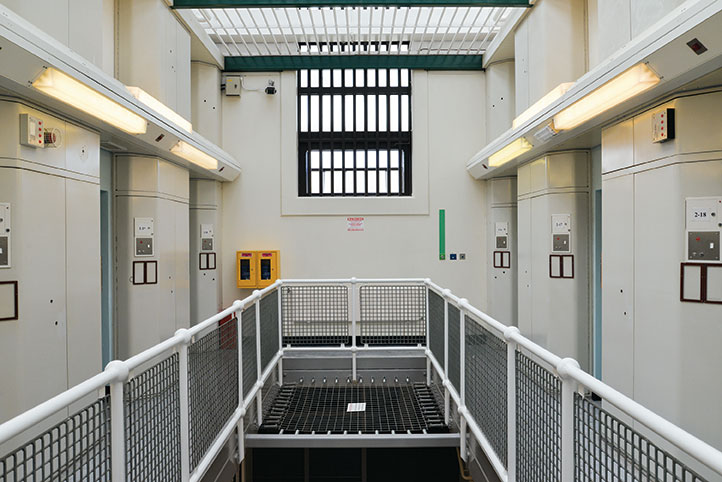 So just how does HMP IW function, and what is a typical day in the life of a prisoner?  Andy explained: “One thing we do is provide the remand facility for the Island, so anyone remanded into custody from Island courts will come here. But on conviction they would move to the mainland. Otherwise we are a Category B training prison, taking prisoners from all over the country. There are only a small handful of Islanders in prison here.

“Our job is to protect the public and rehabilitate prisoners. We have a focus on sex offenders and offending behaviour programmes to specifically address sex offending. Most of our prisoners are serving at least four years, and once we have done what we can, subject to an assessment, if prisoners have reduced their risk they can be re-categorised and we can progress them. That means they move off the Island, so it would be very unusual for a prisoner to be released from this prison.”

He continued: “Most are in single cells, but about 12 per cent share. Prisoners don’t lounge around in their cells all day. For most it is a Monday to Friday working week; they do about three hours each morning and afternoon, and are locked up in their cells from around 6.15 in the evening until 8.15 the following morning.”

The food is basic, and there is a budget of about £2.10 per prisoner per day; that’s for breakfast, lunch and an evening meal. A typical breakfast is a pack of cereal, bread, butter and jam, and tea. Lunch and evening meals are cooked, and there are prisoners of every medical condition and religion so there are special diets for them. 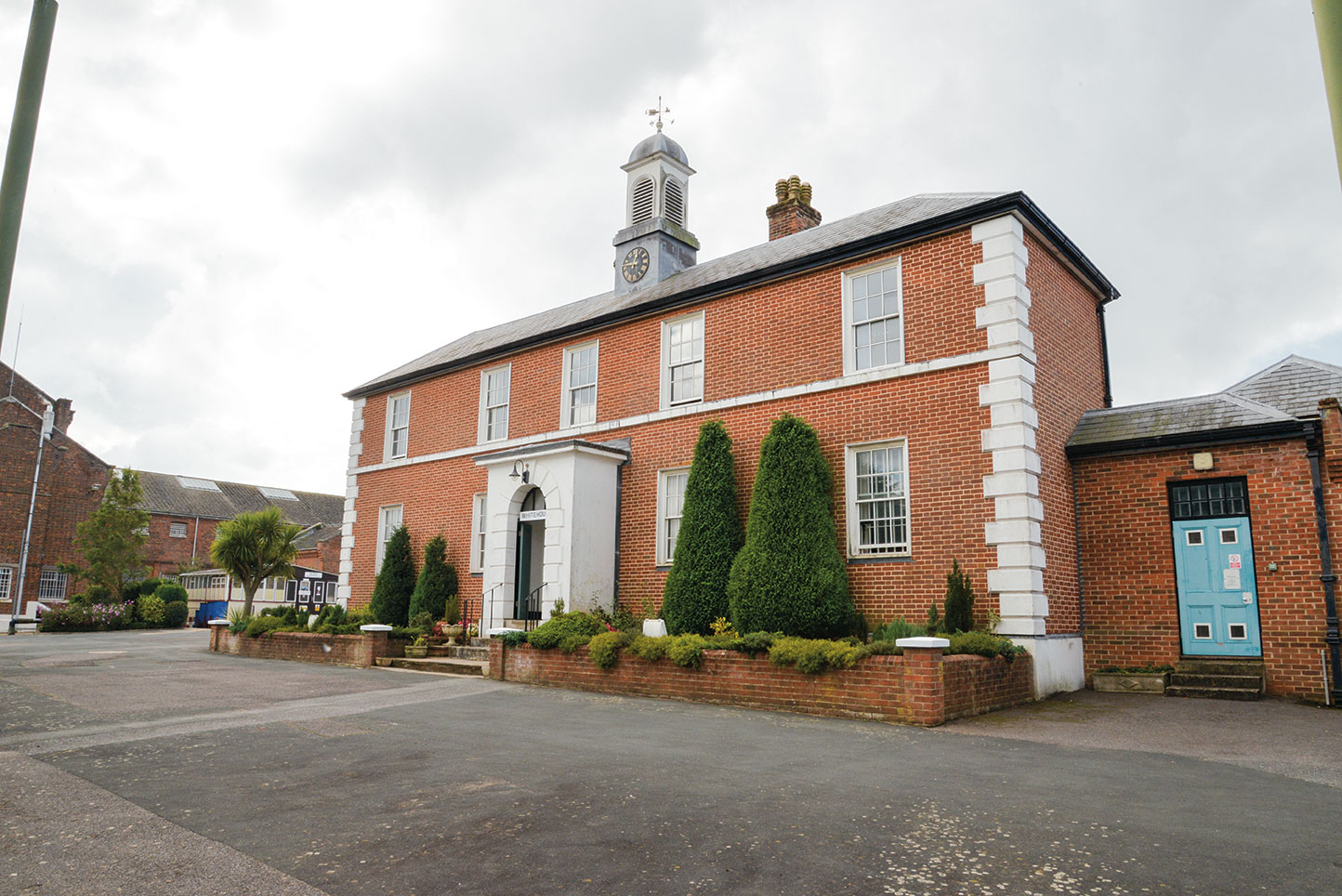 There are workshops where prisoners make furniture and textiles, including clothes; and there is a recycling plant and horticulture section. HMP IW makes furniture for prisons throughout the country – even the Governor’s desk has been made ‘inside’. More than 1,000 bunk beds and cell lockers are produced in one year, along with hundreds of wardrobes, shelf units and garden benches – and thousands of coat hangers.

Andy said:  “We are also working with the Hospice whereby we produce goods for them to sell that helps support the Hospice – everything from garden ornaments and plants to recycled carrier bags. Offending takes from the community, so it is important to give something back to the community when we can.

“We have a pay rate for prisoners which is between £5 and £20 per week. The money they earn allows them to buy tobacco if they smoke or buy phone credit to phone home – things like that. We also have an incentives and privileges scheme, like having a television in your cell. Prisoners have to earn that privilege, but they lose it if they break the rules. Prisoners pay a weekly rental for TVs; and the best behaved ones can earn a privilege to purchase games consoles for their cells – but we do not permit 18-rated games and there is no internet access.

“There are recreation times, mostly at weekends, but also at lunchtime and in the evenings. There are areas where they can play pool and table tennis or watch television. We also have a gymnasium which plays an important part in physical fitness of the prisoners. We try to promote health and well being, and keep a reasonable level of fitness.”

So what happens if a prisoner does not conform? Andy explained: “A criminal offence is just as much a criminal offence inside prison as it is outside. So if for example, one prisoner seriously assaults another one we will get the police in to investigate, and possibly prosecute. If found guilty the offender will get a further sentence on top of the one he is serving. For serious, but not criminal offences, about once a month a Judge comes into the prison to do adjudications and can give added days in prison for breaking the rules. A Judge probably has three or four cases a month to deal with, and we refer a number of cases each year to the police. We have had cases in the last year of prisoners getting further prison sentences.” 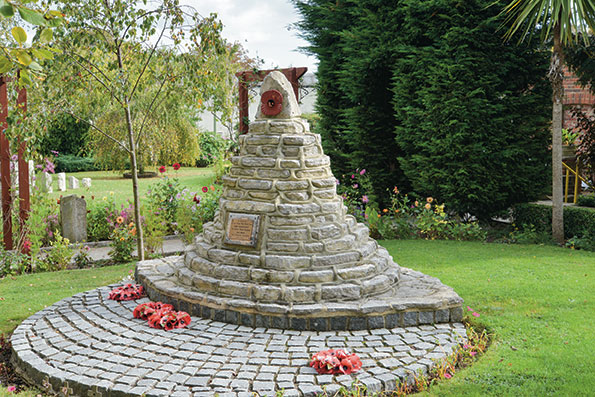 He continued: “We do everything we can to make it to the prisoner’s benefit to behave as he should behave, and to work positively towards his release. If he does, then prison is a less difficult experience. It’s never easy, but you can make the best of it. But if you break the rules or are a security risk then we will clamp down on that behaviour.

“We have to deal with people who may have drug or mental health problems; personality disorder, often as result of difficulties they have had in their lives. It is about recognising they are human beings, challenging them but also meeting legitimate needs that helps them towards resettlement as law abiding citizens. This is a significant task for my staff but they do a fantastic and professional job in sometimes very difficult circumstances.

“Over the years prisons have got much better at targeting effective sentence plans that give the best chance of a tailored individual approach to each offender to reduce their chance of coming back to prison.”

The closure of Camp Hill was unforeseen and came as a shock even to the Governor. There were job losses, but they were managed on a voluntary basis. As a result of Camp Hill closing the prison population on the Island was slashed from 1,700 to 1,100.

Andy added: “We are a big employer on the Island and a user of Island services. And we are growing in terms of our partnership with working with the voluntary sector, which is welcome. We have a fantastic culture of volunteering on the Island and I welcome and want to develop more of that work.

“ For example people can come to visit prisoners whose families may live a long way away, and never visit them,  help run our Visitors’ Centre or be a member of our Independent Monitoring Board reporting on the prison to Ministers. There is a selection and training programme  for these schemes so that subject to suitable vetting checks volunteers can come in to visit prisoners.”